More than 5,000 professionals gather in Luxembourg to discuss digital and space innovation

On May 15th and 16th 2018, more than 5,000 professionals participated in the latest edition of ICT Spring in Luxembourg, exchanging knowledge on the hot topics in the digital, financial technologies and space innovation areas. More than 120 international experts and guest speakers gathered at the European Convention Center Luxembourg, while more than 80 innovative companies and more than 40 startups presented their solutions during the two-day conference. 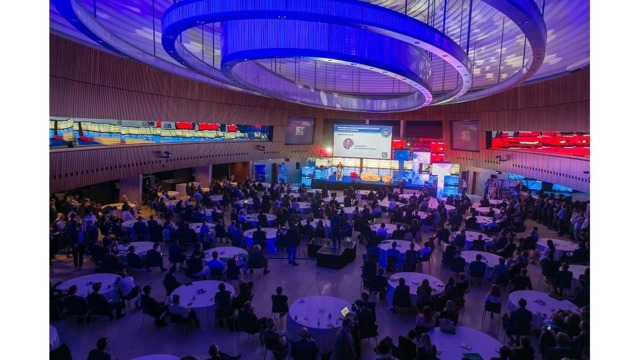 The event was the opportunity for Luxembourg’s prime minister Xavier Bettel to share his views on the digital ambitions of his government. "I always look forward to this event and to seeing the country's buzzing ICT scene come together in one single place. Our small country knows how to open to others and make successful stories happen," he stated. According to him, openness is a key enabler of success and he therefore advocated more discussions and exchanges to produce even more innovation in Luxembourg but also at European level.

Pierre Gramegna, minister of finance, also attended the event and delivered an inspiring speech: "Luxembourg is a natural choice for FinTech companies: our country is rated AAA and we have the great ability to adapt the regulation, working hand in hand with the players active in the financial industry". He highlighted the creation at the end of 2015 of the Luxembourg House of FinTech (LHoFT) and the launch of the Infrachain initiative as well as the excellence of research and education in the Grand-Duchy of Luxembourg.

From the development of eSkills in Luxembourg, pushed by the government, and the necessity to reinvent Customer Experience in order to answer the changing needs of clients, to the promise of artificial intelligence, local and international experts took the stage to share best practices, the latest findings and innovative solutions. The power of digital to enable societal progress and notably the development of smart cities was also addressed during the conference.

With finance historically being linked to the development and success of Luxembourg and digital redefining the way we consume and live, FinTech has become one of the hottest topics all over the world. It was therefore no surprise to see it discussed by the guest speakers of ICT Spring. Partnerships and collaboration between traditional players and startups, cutting-edge financial services, innovation in payments and compliance – through GDPR, identity and RegTech – where notably addressed during the FinTech Summit.

In the past two years, Space mining and exploration has surfaced in Luxembourg, with the country providing a legal framework to exploit space resources from asteroids, followed by the arrival of many players active in the space industry in the country. Once again, Space Forum brought national agencies (ESA, NASA, etc), private companies and startups together to discuss new infrastructure, satellite data management, IoT, mobility, but also Earth observation and disruptive technologies used in space.

Startups all over the place

A grand total of 46 startups attended, spoke and pitched at the event. On the first day of ICT Spring, the Pitch Your Startup contest also took place. Organized by Docler Holding, with the support of BIL, EY, LHoFT and Luxinnovation, the competition was won by Japanese startup Empath Inc. Sniffy and Mu Design were also recognized during the ceremony. Over the two days, participants also had the opportunity to discover the latest innovations in the fields of FinTech, ICT and Digital, in the presence of 80 exhibitors. Robert Pires, the former soccer player and world champion with France in 1998, also attended to event.

Kamel Amroune, CEO of Farvest Group and co-founder of ICT Spring was delighted the event was, this year again a success "the 2018 edition of the renowned web and tech Summit reached new records, with growing numbers of speakers, startups and participants.”  Next edition will take place in May 2019. Stay tuned!