With 150 cases under his belt as arbitrator, counsel or secretary, De Berti Jacchia Franchini Forlani's head of arbitration talks to us about what has changed, and what should change, in the world of arbitration. 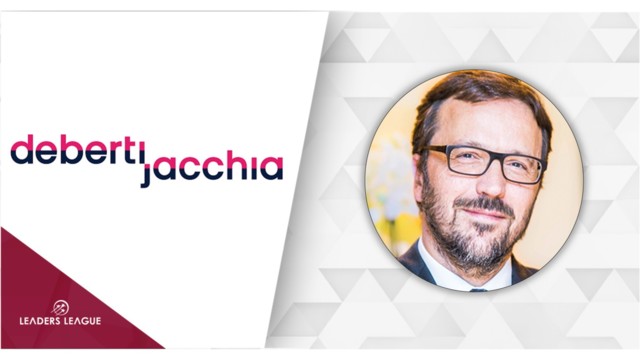 Leaders League: What have been the most interesting trends in the world of arbitration, besides COVID-induced changes?

Michelangelo Cicogna: There has been an increase in the involvement of big law firms in very small cases. This is in contrast to the fact that many boutiques are starting to open – so the competition is getting bigger even for low-value cases. Major law firms are often appearing in cases where previously you might not have expected them to be.

There’s also very tough competition between the institutions, which has intensified over the past decade. They change the rules depending on how the other institutions have changed theirs, rapidly amending their soft rules or guidance in order to always be at the highest level of know-how in terms of how the market would expect the arbitration to be done. Institutions historically changed their rules every 10-15 years; now framework amendments are much more frequent. When the market was tending towards rapidity, institutions were introducing fast tracks and super-fast tracks, often at the very limit of what was realistic – two or three months. When the market was focusing more on impartiality and independence, institutions amended their rules on disclosure. When the market was all about virtual hearings, institutions responded again. This is not to mention the efforts they are currently making towards diversity. Basically, they are very dynamic and very competitive.

There are also new global players, especially in Asia. For several years now, Asian institutions, especially in Singapore and Hong Kong, have wanted to be seen as not regional but global. And they have succeeded. These institutions’ boards tend to be really geographically diverse, and this is reflected in the growth of their market. They are incredibly modern and attractive in many ways.

The only drawback in institutions’ approach is that they tend to lower costs – certainly a key issue for the attractiveness of arbitration – by reducing arbitrators’ fees! Which I am not sure is the best approach. We all know that the main cost of an arbitration is spent on counsel and expert witness costs. Efforts should be made to reduce the cost of defence, rather than of the decision-makers.

If there is an area in general where institutions may be a little more daring, it’s in creating the framework for having the parties reduce their costs. In practice, if you have a thousand-page submission, it spurs the opposing side to produce a thousand-page submission. The arbitrators end up having to read 2,000 pages, with all the costs involved in producing such a large submission. In many jurisdictions, including the EU, you have page limits on submissions, even for, say, competition cases worth billions. I’m not suggesting that arbitration should be regulated to the point of page limits –arbitration means that parties are free to decide their own rules. But creating guidance that favours brevity could be advisable. Parties should act in a way that makes the arbitration efficient, which is also in their own interests.

Another trend is that debtors do not pay! More often than in the past, you must resort to the recognition and enforcement of the award. When I started doing arbitration, almost three decades ago, I was told that arbitral awards are generally voluntarily complied with by the losing party. This is less and less the case. But even before this, arbitral awards were being challenged, which significantly slows down enforcement. The grounds for award annulments are pretty limited, but some of the vaguer or less defined grounds, such as public policy or due process principles, trigger requests for annulment. There should really be clarity from the competent state courts that there is limited room for award nullification. Several sagas have occurred where awards are not complied with; so many state court proceedings are begun to obtain the annulment of the award. This doesn’t bring certainty or clarity to the system.

I also note that arbitration funders tend to require estimates of enforcement costs from the outset, as if they take for granted that the enforcement will be litigious.

This year is a landmark for you – 150 arbitrations under your belt as arbitrator, counsel or secretary. Speaking specifically as an arbitrator, how have you grown, and what key lessons have you learned, since you began?

With over 25 years of experience as counsel, it’s easier to read cases and strategies, and to manage the different personalities and what’s happening at hearings. But more importantly, I’ve grown in awareness of my role. It is a huge honour, but also a burden. Being a counsel too, I know how much the parties expect from the arbitrators. I know how difficult it is to do the job properly: devoting the same attention and care as you would as counsel; getting to know every nuance of the case, and understanding the arguments and submissions in depth.

Early in my career, being an arbitrator was exciting, and good for profile-building. Now, I really understand how big the parties’ expectations are. You’re really being called to render justice. This is one of the most noble things a human can do: being the person who has earned the trust of parties to solve an issue they’ve not been able to solve themselves. They need someone to tell them how the story ends. Every time I’m appointed as arbitrator, I’m honoured: it’s a very personal appointment. But on the other hand, I really feel the responsibility of getting it right and making the just decision.

Which do you personally prefer: being sole arbitrator, co-arbitrator, or chair of an arbitral tribunal?

Being chair or sole arbitrator gives you more of that role I was discussing – rendering justice and feeling accountability. But I enjoy the exchanges as a co-arbitrator on a panel. International arbitration professionals are very interesting people, and intellectually challenging – people you’d want to have positive confrontations with.

I particularly enjoy being a member of a tribunal entirely appointed by an institution. You have three gifted people bringing their different perspectives with no inclination towards the parties whatsoever. I always find this very productive.

Are there any arbitral chambers whose rules you think should be reformed, and if so, which ones?

No! The main institutions I’ve been working with are very modern in how they approach the rules and guidelines. I remember a few cases in the past – I am referring to a couple of decades ago – especially with Eastern European or Middle Eastern institutions that had, at that time, rules that were far from modern: they reflected the history of a certain way of thinking. For instance, it was not unusual to have limitations in the choice of the language of the arbitration, or in the appointment of the arbitrators. But since then, the institutions have modernised significantly. The market has matured; now it’s hard to find rules that are obsolete or non-standard practice.

What does Italy need to do to become a more attractive seat for international arbitration?

Several things. There is a bill currently in the approval process that aims to reform the judicial system, giving the arbitrators the power to issue interim relief. It also provides for a duty of disclosure by law, not only by institutional rules. This is important to have.

I’ve been involved in research whose findings will be published in the IBA (International Bar Association) newsletter in December, showing that the Italian courts of appeal are quite arbitration-friendly when requested to make a decision on the annulment of an arbitral award. 93% of requests to challenge arbitral awards are dismissed, which is a positive message from our state court system.

One thing to improve is the perception of our judicial system abroad. We are perceived as slow, which is not attractive for arbitration. When it comes to actual arbitration frameworks, Italy has a very modern one: modern legislation and rules, the Arbitration Chamber of Milan, and very responsive and cooperative courts if court assistance is needed for any reason. So handling a case in Italy is the same as in Paris or London.

But post-arbitration – let’s assume the award is challenged. The state court must now play a role, and it is here where Italy is perceived as a very slow jurisdiction. This is not only an Italian problem, to be fair: it is a fairly widespread issue in Europe. But with reference to Italy, I believe a good improvement would be to limit to two or three courts in Italy – say, Milan, Rome and Naples for geographical reasons – the courts that are competent to deal with the setting aside of arbitral awards. Currently, every court of appeal has jurisdiction for this, but out of the 26 courts of appeal in Italy, few have actual practice and experience with a significant caseload, especially of international cases. Having just three competent courts would build a consolidated arbitration-related know-how in those regions, and possibly fast-track procedures for set-aside proceedings. This would really help counter the perception of a slow state court system.

I would stress the importance of giving back to young practitioners when you reach a certain position in the arbitral community, and creating a productive environment of brilliant minds – the practitioners of tomorrow. I’ve been teaching at university and helping arrange moots for more than 15 years, and I do it with my team at De Berti Jacchia. This should be a mandatory activity for all those in this field, who have been so fortunate as to be part of this world. The more developed the arbitration world is from the roots to the branches, the better the quality of practice.