In a 24-hour window, two new jumbo deals were ascribed to the white-shoe shop. 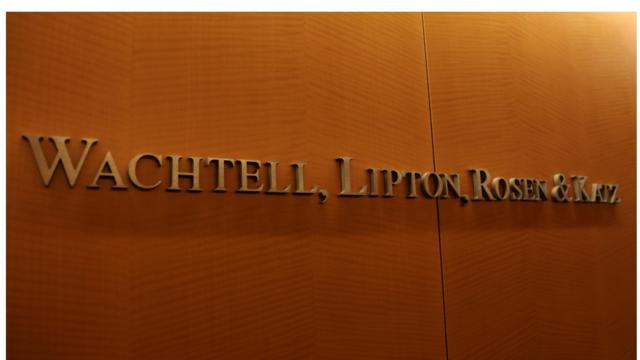 Wachtell, Lipton, Rosen & Katz led on two very high-value deals announced within a day of each other earlier this week, one of which is the largest merger of 2019 so far.

The New York-based firm, which has a reputation as a white-shoe corporate powerhouse despite having only one office, advised aerospace and defence company United Technologies on its all-stock merger with military equipment manufacturer Raytheon to create a $100bn company. It also acted for Salesforce on its largest-ever acquisition: the $15.7bn purchase of Tableau Software.

Sprightly name partner Martin Lipton, who turns 88 next month, led the former deal, which was large enough to elicit the words “a little concerned” from the President of the United States. Trump is understandably wary, given the government’s reliance on the aerospace and defence contractors and the dwindling number of major players therein. Raytheon and United Technologies have suppliers in common, and the merged company would be second only to Boeing in size, and larger than Lockheed Martin. But Raytheon CEO Tom Kennedy, who will serve as the merged entity’s executive chairman, was sanguine: he described the two companies as “complementary, not competitive… I don’t know the last time we competed against United Technologies.” The merger will likely be completed next year, following a couple of spin-offs by United Technologies.

Partners Joshua Cammaker, Edward Lee and Victor Goldfeld were instrumental in sealing the deal. Lee has certainly been having an excellent year: he also handled, along with Andrew Nussbaum and Raaj Narayan, Salesforce’s acquisition of Tableau Software, which facilitates the building of databases, spreadsheets, graphs and infographics from clients’ data.

Nussbaum should be celebrating as well as Lee. Six months ago, Nussbaum was a key player in the $4.4bn acquisition of Travelport Worldwide, UK-based traveltech company, by affiliates of Siris Capital Group and Evergreen Coast Capital. And as the majority of large firms continue to preach the importance of office proliferation, it seems that single-office powerhouses like Wachtell are more than holding their own.

UPDATE: As of 17 June 2019, Wachtell led advice to Pfizer on its pending $10.6bn acquisition of Array BioPharma, which includes various new cancer medicines and royalties from drugs that Array has licensed out. We're taking bets on how many days will pass before Wachtell's next major deal.