The dual-qualified financial services litigator takes her skillset from one global firm to another. 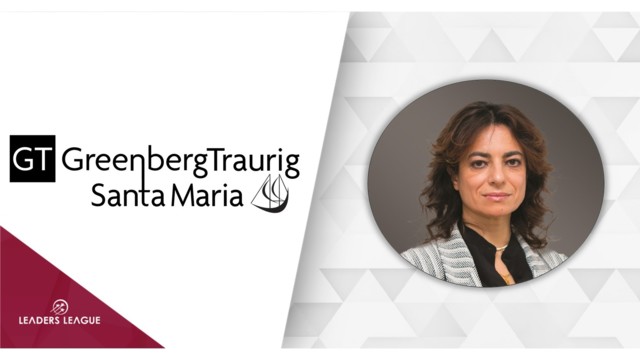 Litigator and financial services regulatory expert Mariafrancesca De Leo has left Eversheds Sutherland, where she was head of the financial litigation and investigations practice in Italy, to join Greenberg Traurig Santa Maria in Milan.

With expertise in a range of financial services areas, including market abuse and market manipulation, De Leo also has experience in civil law investigations. She is most noted for her work on behalf of major national and international banks and insurers.

De Leo joined Eversheds as a partner in 2014, and, since her days as an associate at Simmons & Simmons in Milan and London, has worked mostly at international law firms. She spent over six years as counsel at Clifford Chance, before moving to Italian firm RCC Studio Legale (now Cappelli RCCD) for almost five years, eventually leaving for Eversheds.

De Leo spent nearly two and a half years working at Eversheds’s London office; she is both UK- and Italy-qualified. She has represented leading American banks in cases whose claimed damages stretched to hundreds of millions of euros. She has also acted for some of Italy’s largest banks, as well as financial institutions from elsewhere in Europe.

The move is the latest in a series of litigation hires for Greenberg Traurig in Europe. The firm’s London office has hired around 18 lawyers from Mishcon de Reya since October 2021, creating what Greenberg has dubbed “an expanded litigation, regulatory and white-collar hub” about 20 lawyers strong in the UK capital.