Notwithstanding the stable juridical and regulatory framework, look closely enough and you will see that Luxembourg's legal market is changing as numerous elements are in place, such as the desire to attract more investment, international firms’ appetite for a slice of the pie and the open spirit of local law firms. After Brexit, the future of the grand duchy looks even brighter. 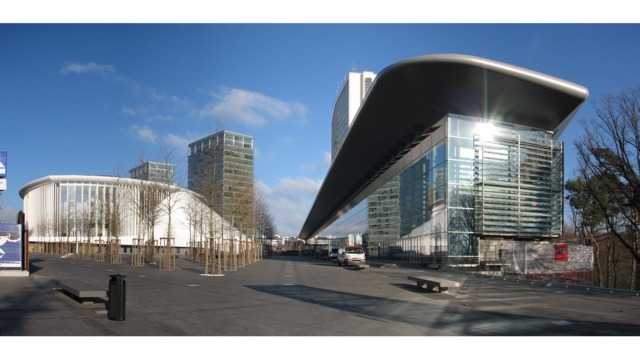 Luxembourg is one of the world’s most developed economies and a key seat of the European Union. Thanks to its strategic location at the heart of western Europe, social and political stability, innovative and international orientation, skilled and multilingual labor force, as well as flexible fiscal and regulatory framework, the Grand

Duchy is the euro zone’s premier private banking center with more than 150 banks and the world’s second largest investment fund center after the US, with €3.6trn of net assets under management at the end of October 2016. Attracting banks, insurance companies and investment fund promoters from around the world, Luxembourg also hosts major players from many other industries, like ArcelorMittal (steel), SES (satellites), Amazon (e-commerce) and Ferrero (food).

The pursuit of specialists

With a population of just over half a million, Luxembourg has the highest proportion of lawyers to inhabitants in Europe: 2,443 were registered with the Luxembourg Bar in July 2017, that’s approximately 414 lawyers per 100,000 residents (based on a total population of 590,667 in 01/01/2017 according to Statec - the statistics portal of Luxembourg), compared to around 100 per 100,000 in France. Highly internationalized, the Luxembourg Bar hosts nearly 40 nationalities, dominated by French, Belgians and Germans.

Viewed as a land of milk and honey, Luxembourg has never stopped luring international firms. A significant number of Anglo-Saxon firms, including Clifford Chance, Allen & Overy, Linklaters, Baker McKenzie and Hogan Lovells, have come on the scene, either by recruiting existing teams or merging with local firms. The most recent opening was Norton Rose Fulbright in May 2017 with a team hired from BS Avocats. Firms from neighboring regions such as Belgium, the Netherlands and Germany, such as Loyens & Loeff, NautaDutilh, Luther and Stibbe, are also very active in the country. Brexit has triggered new interest, with Brussels-based Strelia opening an office in September 2017, for instance.

No matter how confident the newcomers are, only a few firms have managed to penetrate the market. Most firms don’t eat into the market of their local peers, and rarely practice Luxembourg law. They are often confined to working with their own clients on site, and whenever there is an issue regarding conflicts of interest or litigations, a local lawyer is called upon.

As a result, most established local firms remain calm and proud of the attractiveness of the local market, and even the numerous small structures continue to have stable work volume thanks to long-established relationships with local clients, sometimes individual or family businesses.

For Alain Grosjean, partner of independent firm Bonn & Schmitt, clients stay in spite of the entry of new actors. The key to remaining competitive, he says, is reactivity and independence. Pierre-Alexandre Degehet, partner of Bonn Steichen & Partners, adds that the presence of foreign firms may stimulate local firms to conduct a thorough review of their business model and search for innovative ways to create business and new means of providing legal services, which may turn out to be a blessing in disguise.

Arendt & Medernach went a step further and decided to provide its clients with more than legal assistance by creating Arendt Regulatory & Consulting and Arendt Institute in recent years, providing consulting and training in legislative and regulatory aspects for corporates.

Although Luxembourg’s legal framework is very stable, developments happen all the time. A notable example is the Luxembourg Parliament's adoption in July 2016 of a new law on the modernization of company law, introducing the most substantial amendments for decades to the legal rules applying to Luxembourg companies. This confirms and reinforces Luxembourg’s business friendly climate recognized by investors around the globe.

Furthermore, the new unregulated fund product, Reserved Alternative Investment Fund (RAIF), which cuts duplication of compliance obligations by targeting regulation at managers and not underlying funds, has seen strong interest since its introduction in 2016. Other sectors such as banking, data protection, insurance, asset management and tax have also seen numerous legislative changes in line with latest developments in international law and EU directives. For example, Luxembourg is at the forefront of implementing the recommendations of the OECD’s Base Erosion and Profit Sharing (BEPS) action plan, following transfer pricing guidelines and applying the arm’s length principle.

In recent years, Luxembourg has gradually moved towards greater financial transparency and the abolition of banking secrecy. The OECD Global Forum on Transparency and Exchange of Information for Tax Purposes in 2015 recognized Luxembourg’s compliance with its standards with respect to transparency and exchange of information. The business of affluent foreign clients simply stashing their cash in Luxembourg bank accounts for tax evasion purposes is largely a thing of the past.

Wealth management continues to thrive. According to the ABBL Private Banking Group Luxembourg, private banking assets under management (AuM) in Luxembourg continue to strengthen, increasing by 3% compared to the previous year, reaching €361bn at the end of 2016. In addition, the industry is expanding its geographical scope in EU countries and beyond.

The fintech sector is on the rise, thanks notably to the support of the government and the dynamism of startups. According to the LUXFIN 2020 report, the 2016- 2017 objectives are to develop further as a center of excellence in cross-border finance, to be the EU onshore financial hub of reference, and to become a digital leader in Europe.

As an important international financial center, Luxembourg is likely to be one of the main beneficiaries of Brexit, although the current situation is generating uncertainty and insecurity the EU and worldwide.

For asset managers who would prefer to set up shop in an EU country to continue having the passport to market their services in this huge market, Luxembourg has all the advantages, and a few insurance companies have even already taken their first steps into this attractive market.