Lorenzo Ranieri: “Climate change is having a direct impact on liability arguments in insurance litigation” 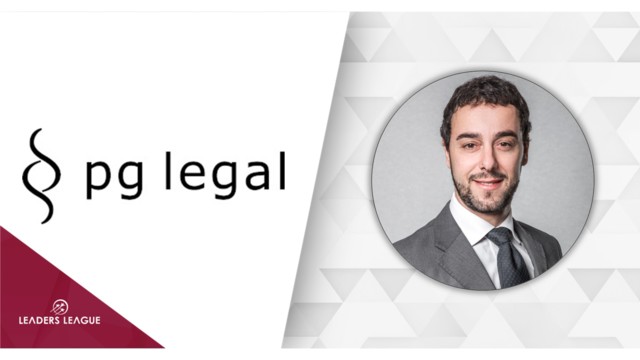 Leaders League: Have you noticed a change in the kind of insurance disputes you’ve been handling in the last year, as the world becomes more accustomed to COVID-19?

Lorenzo Ranieri: A little. In the early days of the pandemic, a lot of parties began claiming non-liability because of the emergency nature of the situation. Our government expressly stated that the pandemic was a force majeure for a very limited period: February to April 2020. But even after that period, many parties insisted on obtaining some sort of exclusion of their liabilities due to the COVID emergency. Most of the relevant proceedings then concentrated their focus on proving that specific problems were related to the pandemic, to justify the non-fulfilment of, or the delay in performing, their obligations. This kind of proof was not easy to demonstrate before a judge.

Could you highlight one of the most interesting insurance disputes you’ve handled in the last year?

The claim against my client is around €6 million. However, since the construction contract contained a very specific set of rules regarding the notice of the claim, specifically regarding the involvement of the insurer before the start of the dispute, the construction firm should not be liable, despite the defects in the building. This set of rules in the contract may supersede the general rules provided by Italian law governing complex buildings.

PG Legal has a niche in yachting insurance. Could you highlight one of the key matters you’ve handled in this area in the last year?

Recently, the Italian Supreme Court stated that if five or six events of a particular kind deemed “exceptional” took place in the last 10 years, then those events are, almost by definition, no longer exceptional. The entity liable for climate change-induced damage is therefore the builder of the harbor, not the owner of the yacht. And therefore, the liable insurer is the harbor’s, not the yacht’s.

We are awaiting a final decision. Given the cracks in the hull and the damages to the shaft, more than €2 million is at stake.

Have there been any key trends or developments in the world of yachting insurance that it would be useful to mention?

The above – climate change-induced shifts in liability – is a key trend.

Generally speaking, warranty claims are now the most typical basis for proceedings. I refer not only to new shipbuilding contracts, but also warranty clauses that are part of refit contracts or contracts regarding the delivery of new boats (which can take two or three years, given how complex boat construction can be). Instead of buying a new yacht, many people decide to refit their boat completely, and the quality of the work carried out – combined with the limitations provided by warranty clauses – often leads to complex disputes.

You are also active in labor litigation. What kinds of disputes in these areas have you been seeing more of in the last year?

Half of the labor litigation I do is for yacht owners; I also occasionally act for high-ranking seafarers.

There have been many cases regarding payment of wages in light of contract terminations whose validity is under question. The nationalities of employer and employee are often different: the yacht owners are often located in offshore countries, while employees usually come from Russia, South Africa and southern Europe. Many seafarers have tried to start proceedings in the country where the yacht spent most of its time, but recently, several court decisions have been obtained that state that since the yacht is destined to move from one place to another, where it spends most of its time is immaterial. Attention must be turned to where the seafarer was embarking or disembarking where the contract was terminated.

This is a way of deciding jurisdiction in court, allowing you to decide which court decides the dispute. This is helpful for the yacht owner: today, a luxury yacht is basically a company, with dozens of employees and a separate budget and risk assessments. The law applied to the labor contract is key.

Of all the kinds of disputes you handle, which would adapt well to a virtual or virtual-hybrid environment, and which are better to conduct in person?

A dispute that’s largely governed remotely, with no in-person participation, is generally positive. But wherever witnesses are involved, in-person presence is key. Written depositions can’t convey the unvarnished experience of a witness, and witness testimony in front of a judge or a panel of arbitrators can be crucial in determining the outcome of a case. It’s the only part of a contentious proceeding where I feel appearance in person really helps. Even with a camera, a judge or arbitrator cannot best discern the truth – a filter is created. The quality of deposition is affected.

Besides this, any discussions between lawyers can totally be replaced by written briefs or virtual set-ups.