25 October: Find out what's been happening in Latin America with our latest news update. 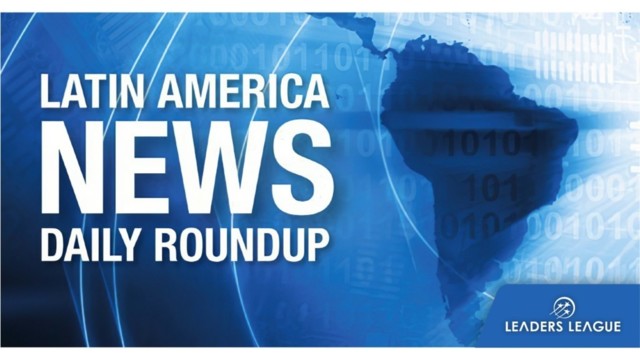 Venezuela's former intelligence chief has told a court in Madrid that the country’s late president Hugo Chávez sent some $21 million to Argentine vice-president Cristina Fernández de Kirchner’s 2007 presidential campaign. General Hugo Armando ‘El Pollo’ Carvajal, who served as head of intelligence and counterintelligence under Chávez, was arrested in September after nearly two years on the run. But on Friday, Spain’s top criminal court suspended his imminent extradition to the US, where he is wanted on drug-trafficking charges. Carvajal told investigators that Chávez sent 20 suitcases each containing $1 million to Argentina.

The Brazilian science community is aghast at being dealt yet another blow over research funding, according to the magazine Nature. President Jair Bolsonaro signed a bill sending 600 million reais ($106.3 million) earmarked for the country’s Ministry of Science, Technology and Innovation to several other government departments. The promise of the money earlier in the year triggered Brazil’s main science-funding agency to initiate its first universal call for research-grant applications since 2018. Now, the 8,000 research proposals submitted face an uncertain future. Years of funding cuts have been a hard pill to swallow for researchers in Brazil. The country’s main science agencies and funds received only 4.4 billion reais last year, about one-third of what they received in 2015.

Chilean presidential candidates from opposing ends of the political spectrum, Jose Antonio Kast and Gabriel Boric, are running neck and neck according to two polls released with less than a month left before the vote. Kast had 23% of voter intentions in a Cadem poll published on Sunday, up from 21% in the previous week’s survey and compared with 20% for Boric, who was unchanged on the week before. A separate survey by Criteria and reported by local news outlet BioBio, showed Boric ahead with 30.8%, versus 27.7% for Kast. The surveys follow a contentious week in local politics marked by finger-pointing over violent protests that left two people dead and 450 arrested.

Colombia's government has announced the capture of Dairo Antonio Usuga, known by the nickname ‘Otoniel’, the country's most wanted drug trafficker, and will be extradited to the US. ‘Otoniel’ was captured during a joint action by Colombia's army, air force and police. The leader of the so-called Gulf Clan, the country's largest criminal gang, had been on the Drug Enforcement Administration's (DEA) most wanted list for years. US authorities had offered a $5 million reward for information leading to his capture.

Mexico is the country with the third highest proportion of inhabitants living in poverty in Latin America and the Caribbean, surpassed only by Honduras and Guatemala, according to a study by the Latin American Network for Economic and Social Justice (Latindadd). The report, entitled Atlas of Vulnerability, documents that 48.8% of the Mexican population live in poverty, while in Honduras the figure is 64.7% and in Guatemala 59.3%. In comparison, the figures for Chile, Uruguay and Panama are 10.8%, 11.6% and 20.7% respectively.

The vice-president of Peru, Dina Boluarte, has been included in an investigation into the alleged illicit financing committed by the Peru Libre party to finance the electoral campaigns of several of its members, according to sources from the Public Prosecutor's Office, El Comercio newspaper reported. Boluarte, who is also Minister of Development and Social Inclusion, stands accused of having opened a bank account in her name to collect donations to help the leader of the party, Vladimir Cerrón, to pay the compensation to which he was sentenced for corruption.