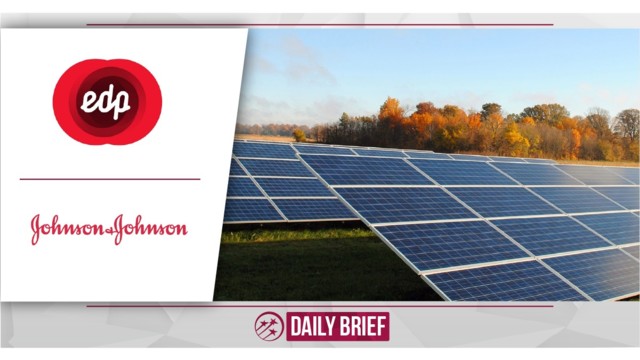 In September, pharmaceutical giant Johnson & Johnson announced the inauguration of its 1st solar power plant in Brazil in partnership with EDP Brasil. Located in São José dos Campos (SP), the project counts with 3.240 solar panels and will generate 2 million kWh/year.

The photovoltaic farm will generate 100% renewable energy to offset the consumption of the company's distribution center in Guarulhos (SP), besides reducing the emission of 215 tons of CO2 into the atmosphere, a volume that would require the planting of 600 new trees per year to be neutralized.

Since 2017, EDP has negotiated 60 MWp of investments in the solar power industry in Brazil. The company has a total of 24 renewable projects in nine states and its purpose it to, by the end of the decade, have 100% of its power generation from renewable sources.

"Brazil has the potential to be one of the main global producers of solar power and we want to be the leaders in this market.”, stated Miguel Setas, CEO of EDP.