Head of Íscar Arbitraje Javier Íscar discusses some of the latest trends in arbitration, including sustainability initiatives, third-party funding, and Madrid’s role in the arbitration world. 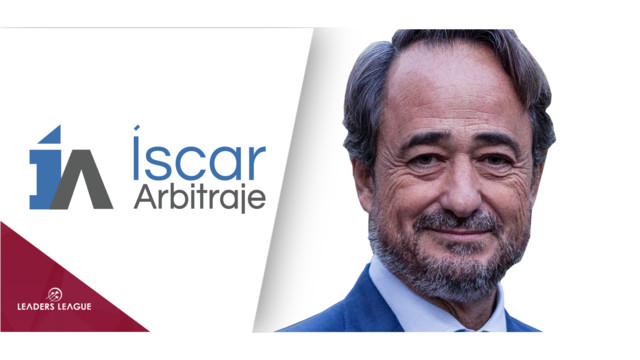 LL: What are the some of the latest trends in arbitration?

Íscar: Arbitration is always being updated and changing. In the last few years, we have seen significant progress in sustainability, the environment, human rights, climate change, digitization, and artificial intelligence. These issues may continue to be trends not only now but over the next 5 or 10 years. There is a greater commitment on the part of the arbitration community to the values that accompany our day-to-day lives that has taken the form of ethical requirements and commitments to such laudable ideals as sustainability and human rights, for example.

How is sustainability playing a role in arbitration?

I think sustainability plays a dual role in arbitration. In the first place, it is a behavior and set of principles not only for arbitrators but for courts, parties, and experts.

Initiatives such as the Campaign for Greener Arbitration are a perfect example of how our community is trying to reduce the environmental impact of international arbitration. The campaign was founded by Lucy Greenwood in 2019 with the aim of significantly reducing the carbon footprint of the arbitration community.

On the other hand, sustainability also represents part of the claims in investment and commercial arbitration. Sustainability includes human rights, the environment, and climate change. As the Climate Change Counsel says, parties must now look at everything from company bylaws to standard agreements and supplier contracts to identify where climate targets can be turned into legal obligations in addition to identifying potential disputes arising from projects related to climate change and decarbonization.

The Climate Change Counsel, led by Annette Magnusson, Anja Ipp, Andrina Kjellgren and Jillian Kirn, provides a good example to the rest of us. Their mission should be an inspiration to all of us.

Are you seeing an increase of third-party funders in arbitration?

Indeed. Third-party funders (TPFs) are part of arbitration, and their participation will only increase in the future. They are an option that can allow claimants and law firms to take advantage of opportunities, cashflow, etc. I think in the near future TPFs will participate in all kinds of claims, not only the huge ones.

In fact, TPFs have to be kept in mind in when checking for conflicts of interest and most of the international rules and soft law rules are aware of their participation in international and investment arbitration.

Is Madrid considered an ideal location for arbitration?

Absolutely. Madrid and Spain comply with all standards and arbitral requirements required to be considered for an arbitration site. Spain ratified the New York Convention on 12 May 1977. Spain made no reservations or declarations and hence applies the convention to the enforcement of arbitral awards made in non-member countries. Spain does not distinguish between disputes arising from a contractual relationship and those arising from civil or commercial agreements under Spanish legal principles.

Spain is also a party to the Geneva Convention of 1961 on International Commercial Arbitration, which entered into force in Spain on 10 August 1975. The country also has bilateral treaties with many other countries that contain provisions on the recognition and enforcement of foreign arbitral awards.

As of 2011, Spain’s regional High Courts of Justice (Tribunales Superiores de Justicia) have exclusive jurisdiction over set-aside actions against arbitral awards rendered in Spain and over decisions related to recognition of foreign arbitral awards. They can also enforce arbitration agreements and appoint arbitrators. Since acquiring these powers, the arbitration community has confirmed the increased expertise in international commercial arbitration of judges in the High Courts of Justice.

The Spanish Constitutional Court highlighted in four recent landmark decisions the importance of arbitration as a dispute resolution method with res judicata effects and clearly defined the limits for the scope of review applicable to awards by ordinary courts.

The High Court of Madrid had prevented a party requesting the set-aside of the award from withdrawing its petition after reaching an out-of-court settlement, on the grounds that the dispute was a matter of public policy independent of the will of the parties. The Constitutional Court ruled against an expanded interpretation of the concept of public policy and reinforced the importance of the power of parties to initiate and terminate, at their will, proceedings to set aside an arbitral award.

The Spanish arbitration community has welcomed these rulings, which strengthen arbitration in our jurisdiction and reinforce the attractiveness of Madrid as a seat of international arbitration.

What was the intention behind the theme for this year’s Open de Arbitraje?

Arbitration is always moving forward and adapting to the current social, economic and, obviously, public health situation. That’s why this year the theme will be “talking about arbitration while travelling all around the world.”

As every fan of the Open knows, we invest a lot of time and imagination in staging the event in such a way to guarantee that both in-person and virtual attendees are really involved.

For instance, each round table will have the name of a city: Paris, Madrid, Washington, New York, Lima, Sao Paolo, Bogotá, Sydney, etc., and we will take advantage of the Open to go on a trip around the world talking about commercial arbitration, DABs, investment arbitration, and everything that is trending in 2022.

And the Duques de Pastrana complex is a great venue that will give us the opportunity to hold the Open in person, as we did last year, and take advantage of the palace and gardens for networking opportunities over lunch, dinner, and cocktails.