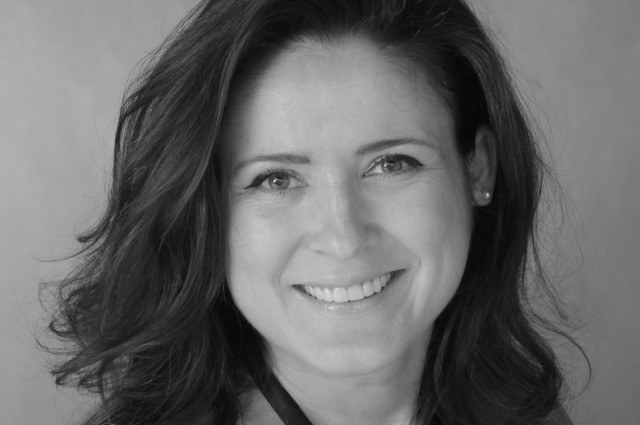 As the largest economy in the Central African Economic and Monetary Community (CEMAC), Cameroon has enjoyed continuous growth thanks to its political and currency stability. What are the recent improvements of the legal framework of foreign investments, and what are the remaining challenges? Anne-Hélène Le Trocquer, partner at the leading French law firm De Gaulle Fleurance & Associés, discusses the latest trends in the country, with the cooperation of Vital Mouity, Of Counsel, and their partner law firm Kouengoua Mbattang.

Cameroon is the largest economy in the Central African Economic and Monetary Community (CEMAC), and is considered to be one of the countries in Africa enjoying the most peace and political stability.  As a member of the Franc zone, the country also benefits from the stability of the currency, CFA Franc (XAF) and a central bank.

French and English are the two official languages, and the simultaneous use of these two languages is reflected in all aspects in the life of the country. A good example is the bi-jural judicial system, which simultaneously uses civil law and common law within the court systems. This bi-jural legal system has been of great motivation to investors from all over the world, as they can build on this unique advantage that allows them to easily operate their businesses without any language barrier.

Recent Improvements of the Legal Framework of Foreign Investments

Economic growth is expected to accelerate as the country is in the implementation process of its long-term development plan “Vision Cameroon 2035”. Across a broad range of sectors, the country has made significant progress in many aspects of infrastructure and serious efforts to implement institutional reforms with a view to attract private sector investment. Private sector concessions have been awarded for the Port of Douala, the CAMRAIL railway, the national power utility (AES Sonel), the social housing sector and the national water utility (CDE). These arrangements have generally led to performance improvements and attracted significant volumes of finance.

Cameroon needs to attract more foreign investors in order to finance its future projects of developing infrastructure and notably, the exploitation of gas.  Europe has historically dominated the Cameroonian business environment, and large French companies are well placed in these developing sectors. Increasingly attracted by the African continent, Cameroon has also drawn China's attention and recent years have witnessed the emergence of new investors such as the US, and other African nations like Morocco, Tunisia, Algeria, South Africa, and Nigeria.

The legal regime applicable to investment activities in Cameroon was instituted by ordinance number 90/007 of 09 November 1990 amended by Law No. 2002-004 of April 19, 2002, then known as the Investment Charter. Cameroon’s legal environment for investment has recently been updated with a piece of legislation enacted on April 18, 2013 laying down the Private Investment Incentives in the Republic of Cameroon (“PIIRC”).[1]

The new regime is applicable to Cameroonians and foreign natural or legal entities, residing in or out of Cameroon, operating businesses there or holding a participation in the share capital of Cameroonian companies, in order to encourage productivity, investments, promote jobs creation and develop activities geared towards strong, sustainable economic growth and ensure the objective of emergence by 2035.

Amongst the various common or special incentives, the PIIRC provides the following:

? Common  Fiscal and Custom Incentives during the setting-up phase and the operation phase: during these phases (limited to 5 years for the setting-up[2] and 10 years for the operation phase[3]), investors can benefit from various incentives such as (i) an exemption from registration duties (on leases, creation or increases in capital, etc.), from VAT (e.g. on  provision of services  contracted  from abroad related to the implementation of the project); and (ii) an exemption from various taxes or a reduction in the amount of said taxes (corporate income tax, tax on profits, etc.).

? Administrative  and Financial Incentives:[4] investors can also benefit from this type of incentives, notably (iii) the right to open a bank account in local or foreign currency, in the Republic of Cameroon or abroad, and (iv) the right to cash and keep revenue derived from their transactions abroad.

Also noteworthy is the setting up of one-stop-shops within the investment promotion agency, and the agency for promotion of SMEs, which handles all the approval process.

According to a document entitled "Focus on Cameroon's Economy" from the Ministry of the Economy, Planning and Regional Development (MINEPAT), the situation clearly improved for Cameroon judging from the economic growth in the past five years. MINEPAT notes that, "National economy has increased at an average of 4.7% during the last five years (2010-2014)" and the second edition of the Regional Economic Outlook of the International Monetary Fund published in October 2015 includes projections revealing that growth in Cameroon will remain at plus 5% in 2015. The regime put in place since the enactment of Law No. 2013/004 of April 18, 2013 has already been yielding palpable fruits, as dozens of companies have already signed licenses with the government, some of which have started production.

Remaining Challenges in the Implementation of Anti-Bribery Policies and Procedures

However, Cameroon’s economy is currently towards the bottom of the rankings in terms of FDI attractiveness and the government still struggles with issues of corruption, bribery and political interference. Despite its efforts to fight by creating specific commissions to fight bribery and corruption (CONAC), a transparent management strategy of awarding contracts, and recently an independent commission to oversee and manage public private partnerships, the legal and regulatory systems are still opaque and difficult for foreign companies to navigate.

The country therefore needs to improve and simplify its administration and cleanse the hitherto unfriendly business climate to attract substantial and sustainable investors, especially direct foreign investments, and boost entrepreneurship. Foreign investors shall also factor these risks inherent in such an economy into their investment equation.

Anne-Hélène Le Trocquer, General Counsel of CBRE Global Investors France since July 2013, joins De Gaulle Fleurance & Associés so as to contribute to the development of M&A-Corporate, Private Equity and Capital Market activities as from 2 November 2015.

Anne-Hélène Le Trocquer has been practising for 10+ years as a lawyer in Paris, London and New-York within British and American law firms then started working as an in-house senior counsel in April 2011, in order to develop a financial and industrial approach to legal issues and to specialize in sectors such as Luxury goods-Cosmetics and Real Estate.

As part of the M&A department of L’Oréal, she was involved in all the strategic external growth transactions of the group in Latin America and Asia. In July 2013, she joined the US investment fund CBRE Global Investors as General Counsel France in charge of relaunching, restructuring, and liquidating pan-European real estate funds and of the major related divestitures and acquisitions. She was recently involved alongside RPFFB, a major pan-European Real Estate fund in connection with the sale of its Retail portfolio in Europe (circa. 1.3 billion Euros).

Anne-Hélène Le Trocquer is a member of the Paris bar, she holds two master’s degrees; one in Franco-British business law (Magistère, Rennes 1 University) and one in international business law (DESS, Aix-Marseille University) as well as a postgraduate degree in Legal Management of Business Organizations (DJCE, Aix-Marseille University). She is also specialized in common law as she holds two Masters of Law (LLM, Exeter University and NYU School of Law), and completed her education with a diploma in accounting and finance (ESSEC). Anne-Hélène Le Trocquer is involved in various networks: Cercle Montesquieu, Accenture (Accent sur Elles), JURIDIM and ULI.

De Gaulle Fleurance & Associés is an integrated full service independent law firm, with more than 100 lawyers offering a full consulting and litigation service to its French and international clients, extensive expertise based on international experience and a tried and tested network of "good friends" abroad. The organization of De Gaulle Fleurance & Associés is divided into two divisions (Structure and Operations), which enables a transversal approach to legal cases.

Activities of the Structure Division deal with business assets and public entities, their governance and funding.

The Operations Division covers industrial and commercial activity and more generally the day-to-day running of businesses.