Interview with Montserrat Manzano, Chair of the Young Arbitrators Initiative (YAI) of ITA. 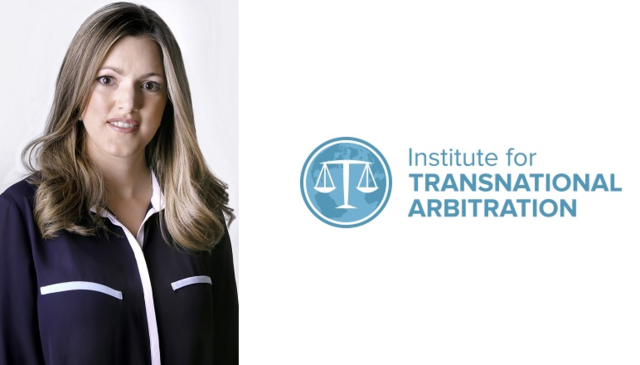 Leaders League. You are the Chair of the Young Arbitrators Initiative (YAI) of ITA. What are the most important initiatives this committee has implemented?

Montserrat Manzano. In addition to organizing roundtables and speakers on topics of interest in connection with each ITA conference event, our committee has expanded the Young Arbitrators Initiative’s outreach, taking ITA on the road. The committee recently launched two new initiatives, “YAI Groups” and “YAI TALKS#.” YAI Groups are local groups designed to provide a forum for young international arbitration practitioners to plan social gatherings, exchange ideas about the theory and practice of international arbitration, and develop relationships with each other. In April, a Facebook group was launched for young practitioners in Houston and we look forward to replicating this initiative in other cities. YAI TALKS# is a series of special programs organized in different cities where YAI members reside. The first YAI TALKS# program was recently held in Washington, DC co-sponsored with Quinn Emmanuel Urquhart & Sullivan on hot topics arising from recent decisions in investment arbitration. The next series of events will take place in different cities around the globe. In 2017, we plan to have a programme in London, Mexico and Brazil. In addition to these programs our committee has been actively working alongside the communications committee in order to develop a social media strategy for ITA, including having a presence on LinkedIn and Twitter.

Leaders League. You have been involved in arbitrations for around 15 years. What are the main challenges for a young, female, Latin-American lawyer in the arbitration field?

M.M. In my experience among the most challenging aspects is for a woman who decides that she wants to pursue a long-term career in arbitration is to have confidence and know that she can succeed, with adequate education and training, and to acknowledge and own recognition for doing it well. Often the conversation start with the syllogism along the lines of “All senior, male, native English speakers succeed in the arbitration field” and our premise is “I am not a senior, male, native English speaker in the arbitration field”, then this would lead us to mistakenly conclude “I will not succeed in the arbitration field.” Indeed, being a young, female, Latin-American lawyer myself, it is easy to fit in all three categories that differ from the established norm. However, it is also a motivating challenge to prove this syllogism wrong by observation, experimentation and building a life-long career in this area of law. As to being young, patience and commitment go a long way; change does not come on a tiger´s back but in a turtle´s slow, persistent walk. As to being female, we face challenges which are particular to our gender. We are equal to men, in capacity and in the ability to achieve success, however, the way we balance our role as women especially during our child-bearing years, will greatly impact our future and our career. We must be open about it with our employers and strive to embrace diversity. In Latin America women, additionally, face a cultural and social barrier that has probably been overcome in other, more forward looking societies. However, social change is developing fast, technology is magnifying possibilities and will certainly be an important ally to Latin-American women moving forward with careers in arbitration.

Leaders League. The arbitration world has for years been the preserve of gray-haired men. Do you think this situation is changing? In Mexico, in particular, do women have the opportunity to reach top in arbitration?

M.M. There are social changes in Mexico which have developed over the last couple of years that may indicate that women are taking a more active role to changing such a mindset. Many law firms and Mexican practitioners have signed the pledge for equal representation of women in arbitration. Women’s initiatives have also surfaced and any time women come together with a collective intention, it's a powerful thing. For example, in 2015 a non-profit organization “AbogadasMx” was created to work for a more inclusive work environment for women and to provide a platform for women to develop the skills which are necessary to access leadership positions. Also, ArbitralWomen is having its first-ever event in Mexico in January 2017, to provide an opportunity for women interested in dispute resolution to network. The arbitration commission of ICC Mexico recently elected its leadership and we are proud to announce that several women were elected to key positions, including Cecilia Azar, who will act as vice-chair of the arbitration commission, Gabriela Alvarez who will chair the investment arbitration commission and Alexa von Wobeser who will act as vice-chair of the mediation committee. This will likely enhance opportunities of women to reach the top in arbitration matters and find constructive alternatives to encourage practitioners to combine their efforts, talents and work together, irrespective of gender or age.

Leaders League. In your opinion what are the main differences between the new generation of arbitrators and older arbitrators?

M.M. Quoting Queen Elizabeth, “It's all to do with the training: you can do a lot if you're properly trained.” The older generation of arbitrators, have learned mainly from experience. The new generation of arbitrators has a remarkable opportunity train as arbitrators. To name one outstanding initiative, this year the ICC launched the Advanced Arbitration Academy for Latin America, which is a two year program offering proper training in this field.

Leaders League. What advice do you have for young attorneys who are interested in the field of arbitration?

M.M. My advice would be to obtain proper education and experience in other practice areas of law (litigation, corporate, oil & gas, finance, commercial contracts, constitutional and administrative proceedings, among others) before specializing in arbitration as this will provide a solid substantive basis to rely on.