We assess how the UK’s prime minister – elected in a landslide victory in December – has handled his first global crisis. 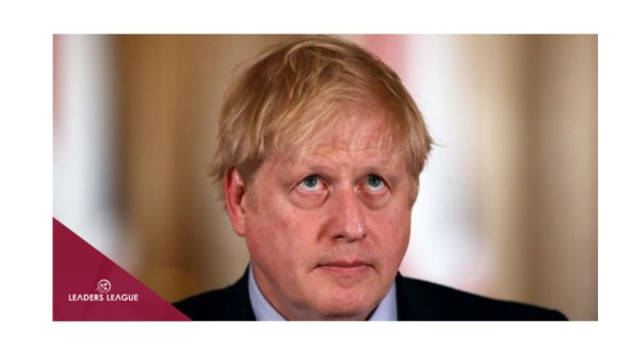 Speed of reaction: As revealed in an investigation by the Times, Boris Johnson missed the first five – five! – meetings of COBRA, the government’s national emergencies committee. He attended his first COBRA meeting on March 2nd, at which point the virus had spread to all regions in Italy and claimed the lives of more than 50 Italians. Given this tarrying, it is impressive that Chancellor Rishi Sunak managed to hammer out an enormous fiscal relief package so quickly, boosting our leadership rating by one point. Score 3/10

Economic response: Sunak’s £350 billion rescue package garnered huge press coverage and praise across the political spectrum. Naturally, there were cries of hypocrisy: the government had spent the last decade insisting on the absence of a “magic money tree” to justify public spending cuts so austere that by 2018 1 in 4 British children were living in poverty. But there’s no denying the scope of the government’s 2020 fiscal stimulus. Nonetheless, as of April 17th – a month after the scheme was announced – barely 21% of formally applying companies had successfully secured a loan under the Coronavirus Business Interruption Loan Scheme, with barely £1 billion having been doled out to small companies by then. Though the government has been pressuring banks into accelerating lending, it will only underwrite 80% of each loan in the case of defaults, which may be why many banks are baulking. Elsewhere, there is a scheme for all self-employed people earning less than £50,000 per year – though the 3.8 million people eligible for this scheme won’t be seeing any payments until June at the earliest. One commendable move was the government’s mid-March ban on evictions from social or privately rented housing for a three-month period, subject to extension, as well as a three-month “holiday” on mortgage payments for landlords. Score 7/10

Healthcare response: As in other articles in this Heroes and Zeros series, this healthcare rating is never a measure of a country’s healthcare professionals, but of its leadership’s handling of a healthcare emergency. The UK was already on a precarious footing, its health service having been underfunded for the last decade: at the beginning of March, the UK had 4,000 ICU beds – 20% fewer than Italy despite its larger population. Indeed, there are 23 European countries with more critical care beds per capita than the UK. Britain, like other major countries such as the US and India, was busy exporting large numbers of its emergency healthcare equipment when it was about to need it herself: in the first two months of 2020 it shipped nearly 280,000 items of protective equipment to China. In fairness, during this time it was not clear that Covid-19 would become a pandemic. But the results of a 2016 pandemic rehearsal revealed a worrying shortage of personal protective equipment (PPE) and intensive care ventilators. Britain should have been somewhat prepared, at least in terms of going through the motions even if austerity had rendered the nation short of the tools; that it wasn’t is probably down to the current government’s well-documented hubris. It also managed to bungle ventilator contracts: two of the country’s three principal ventilator makers were only approached by the government in mid-March – after the government had approached non-specialist brands such as Rolls-Royce, Airbus and Honda. For this and other reasons, the government is falling short of its own ventilator production targets. Another obvious healthcare liability: 105,000 people every week are flying into the UK from hard-hit countries such as Spain, Italy, France and the US, with no health screenings or mandatory quarantine period. Score 3/10

Innovation: The UK remains a hotbed of innovation: the biggest trial of Covid-19 drugs in the world is currently taking place in Britain, led by a professor at the University of Oxford. Its comprehensive dataset, including over 5,000 patients recruited in a month, is expected to yield results by June. On the healthcare infrastructure front, the UK has pushed the proliferation of makeshift hospitals with impressive speed, albeit with disheartening results: the emergency Nightingale “hospital” was constructed in merely nine days and was designed for 4,000 beds, but a shortage of nurses means that dozens of Covid-19 patients have been turned away. Only 41 patients have been treated at the Nightingale so far. Meanwhile, the government is trying to keep innovation going: on April 20th, the government announced a £1.25 billion fund for British business driving innovation and development, including £500 million for high-growth companies. Score 6/10

Honesty and truthfulness: Although most of his career has been characterised by lies and deceit, Johnson scores surprisingly highly on honesty during the crisis: he has left most of the talking to experts and cabinet ministers, and has generally refrained from making outlandish claims. The government’s uncertainty around statistics has more to do with incompetence and the fluidity of the situation than deceit. Johnson would have benefited from greater humility in the early stages of the crisis, admitting the gravity of the situation when it mattered – but he blathers and bloviates far less than the leader across the Pond. However, there does seem to be a worrying shift towards the government and media blaming individuals and the citizenry for the spread of the disease, rather than shouldering responsibility for not acting fast or strictly enough. When the final figures are released and the poor state of the UK’s response is laid bare, that will be a surer test of honesty and integrity. Going on past form, Johnson will likely shirk that responsibility. Score 7/10

Boldness/risk-taking: Over the years, Boris Johnson has come to resemble an increasingly assured gambler. It seems the more risks he takes, the more he wins. Backing Brexit was a risky move, but ultimately delivered him into the most powerful seat in the land. But as prime minister, he should be assessed not just on whether his risks pay off for him personally, but whether they benefit the country. The herd immunity idea was bold and risky, and could have been (and could still be) a wining response to certain future viruses – but it backfired this time, and will mean either a lengthier lockdown than would’ve been necessary or a second wave of cases and deaths. Once they put the idea on hold, Johnson and Cummings have been fairly cautious. The next measure of risk-taking will be when the UK decides to suspend its lockdown, and how relaxed its replacement measures will be. Certain Asian countries risked reinstatement of freedoms only to fall prey to second and third waves of the virus. Whatever Johnson does, he will be heavily advised by both economic and healthcare experts who will likely be working together to minimise the damage to the UK. A risk will not be taken without serious consideration. Score 5/10

Success in saving lives: When compared to its European cousins, the UK has not performed well. 18,000 have died in hospitals alone, not counting care home numbers or as-yet unrecorded deaths. So far, it has suffered fewer deaths per capita than Italy, Spain, France and Belgium, but this could change in a matter of days: Spain, the worst-affected country in Europe after Belgium, saw its peak deaths per day on April 1st; the UK’s peak was a week later. On April 22nd, Spain saw 440 deaths, while the UK saw 763. By June, whether the UK did relatively well in saving lives will become apparent. At this stage, it’s too early to say definitively – but it’s not looking good for the second-richest country in Europe. Score 3/10