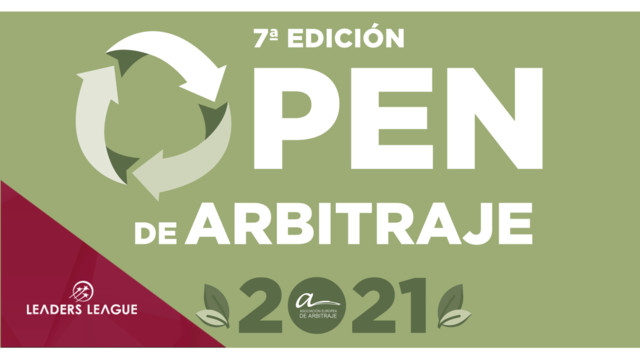 Green was the theme for the seventh annual Open de Arbitrage held in Madrid last week. The theme of sustainability was reflected as much by the choice of the Green Patio for the event’s venue as it was by the subjects of many of the presentations.

Javier Íscar de Hoyos, the president of the European Association of Arbitration (EAA), opened the proceedings. The EAA is an organization dedicated to supporting and developing arbitration and mediation services, and is responsible for hosting and organizing the Open.

“One of our goals with the seventh Open de Abitraje [was to] demonstrate that good arbitration generates confidence,” he said.

Íscar noted that this was the first year in which the two-day event used a hybrid model, involving both in-person and online participation. This allowed presenters and attendees to avoid generating carbon emissions from air travel by participating virtually from their home countries, with more than 1,000 people attending either online or in person from a variety of countries across Europe and Latin America. Antonio Albanés Membrillo, board secretary of Mutualidad de la Abogacía, added that more than 50% of in-house legal departments have said they are focusing on sustainability issues.

Included in the round table discussions was Allen & Overy’s panel discussion regarding the arrival of third parties to arbitration proceedings, moderated by Antonio Vázquez Guillén, co-managing partner at Allen & Overy. The firm’s international arbitration practice is currently ranked as Leading by Leaders League. The panel discussed the increase in third-party funding of arbitration and its impact on the sector, particularly the need for sufficient disclosure of information about third party funders in order to ensure there were no conflicts of interest. While the question of how to treat funders with regard to their relationships with other parties, the panel agreed that failures to provide adequate disclosure are increasingly giving rise to challenges.

Meanwhile, international arbitrator Patricia Sáiz, who is ranked as Highly Recommended in Leaders League’s Spanish arbitrator list, participated in Leaders League’s International Investment Protection of Global Banking and Finance round table, where the panel discussed the rise investment arbitration as a result of globalization. The panel was moderated by Attila Massimiliano Tanzi, professor of international law at the University of Bologna. Sáinz was joined on the panel by Arif Hyder Ali, co-chair of the international arbitration practice at Dechert, and Silvia Madrid, the head of the legal and compliance department for Iberia at Unicredit.

The panel noted that arbitration remains relatively rare in the financial sector, which typically prefers litigation as a means of solving disputes. While arbitration has been used on a case-by-case basis, its use has been increasing, particularly by banks looking to enforce their rights against sovereign governments. The panel agreed that the use of arbitration in financial services is likely to continue to grow in the future.

The arbitration sector also has an important role to play in promoting sustainability, according to international arbitrator Lucy Greenwood, who pointed out that a single large arbitration case can generate CO2 emissions equivalent to more than 20,000 trees. With 90% of those emissions coming from flying, Greenwood addressed the audience via videocall.

Ignacio Madalena, counsel at White & Case and ranked as Highly Recommended for International Arbitration by Leaders League, participated in the Global Trends in International Arbitration round table, where he noted that London and Singapore remain tied for the most popular seat for arbitration, closely followed by Hong Kong and with Paris in fourth place. Madalena explained this is largely due to the courts in those seats being supportive of the process and having good legal frameworks for arbitration.

Language is also an important factor for choice of seat, Madalena acknowledged. While Paris and Geneva have been the preferred arbitration seats for French speakers, they have recently lost ground to new seats in Francophone African countries.

But as the Open helped prove, while the seat of arbitration will continue to remain important for both arbitrators and their clients, the sector is increasingly moving online, particularly after the adaptations people were forced to make during the pandemic. While some speakers acknowledged that there had been concerns about the effectiveness of certain practices, such cross-examining witnesses, over a video conference, the pandemic has proven that many arbitration proceedings can be held online. Not only has this been more cost effective, but, in line with the year’s theme, it has helped arbitration become a more sustainable practice.