Oracle's founder has been an iconic figure on the American tech landscape since 1977, known both for his entrepreneurial single-mindedness and taste for the finer things in life. 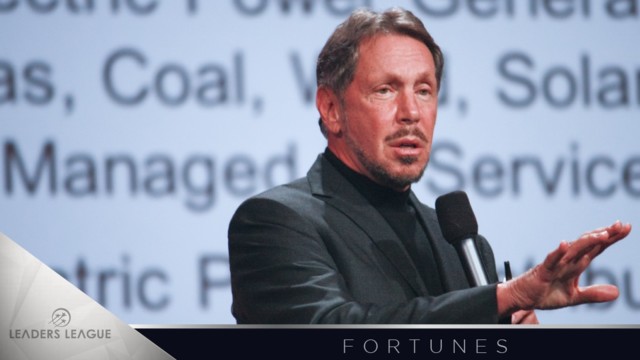 Larry Ellison is known for two things: the software empire he founded and a sumptuous lifestyle that includes mansions, fast cars and private jets. It’s difficult to begrudge the native New Yorker the trappings of his status, however, given that he came from modest means and built his corporate empire virtually by hand.

The son of a single mother, Ellison was adopted by her Chicago-based aunt and uncle at nine months and grew up in a down-at-heel South Side neighborhood.

A promising pupil, he was named science student of the year at the University of Illinois at Urbana-Champaign, yet left before graduation, at the age of 22, to try his luck in California, moving to Berkeley, where he worked a number of odd jobs before landing his first steady gig at the Ampex corporation.

In 1977 Ellison, alongside two Ampex engineers, left to found his own company. Initially called Software Development Laboratories, it would go through a few name changes before settling on Oracle in 1982.

Last December Oracle announced it was moving its corporate headquarters to Austin, Texas

Success came quick. In 1986 the company went public and became the world’s foremost database technology firm, with $100 million in turnover. Since the 80s, Oracle has only grown in stature, becoming a cornerstone of the Internet age, by providing cloud-based computing services.
He became a billionaire for the first time in 1993 at the age of 49.

Tradition and Technology
After a long track-record of competitors bested and innovations introduced, in 2014, on the cusp of his 70th birthday, Larry Ellison gave up his place as Oracle CEO to the duo of Safra Katz and Marc Hurd and took on the mantle of executive chairman and chief technology officer. Speaking of technology, Ellison knows a good bet when he sees one and in 2018 became a director of Tesla after purchasing three million shares.

The last couple of years have been eventful for America's seventh-richest person. In an effort to provide staff with a more flexible employee-work-location policy, Oracle has moved its corporate headquarters to Austin, dubbed ‘Silicon Hills’ by the media for the number of high-tech companies clustered in the Texan capital.

Ellison’s accumulated wealth (he regularly topped the list of the highest paid CEOs in the United States) has been reinvested mainly in his twin passions of art and real-estate, and his penchant for high-end property has seen him dubbed “the nation's most avid trophy-home buyer” by the Wall Street Journal.

The Ellison Estate in Woodside, California, which cost a cool $200 million to build, contains 10 separate Imperial Japanese-style buildings, including a tea and bath house, and is said to house more than 500 works of art from the land of the rising sun. And his taste is not confined to newbuilds; Ellison also owns the stately Astor Beechwood Mansion in Newport, Rhode Island. These days, when he is not at the office, Ellison is mainly to be found on the Hawaiian island of Lanai, which he bought 2012 for $300. Extraordinary abodes for an extraordinary individual.