Filippo Fioretti: “The best advice I could give a company? Implement a concrete, effective competition compliance program” 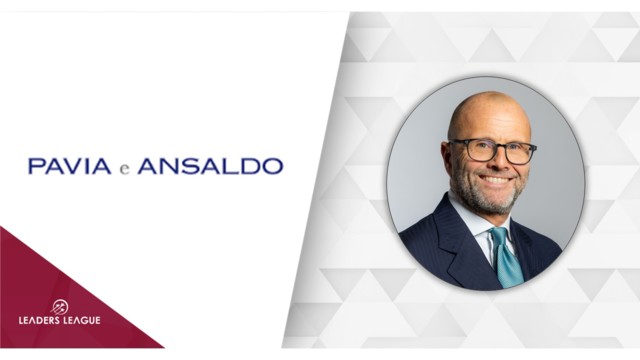 Leaders League: How would you characterize the current competition landscape in Italy?

Filippo Fioretti: The AGCM [Italian Competition Authority]’s activity and engagement are at a high level. Its current focus is enforcement against abuse of dominance and cartel behavior. There is also more merger control scrutiny, with new regulation relating to minority shareholders and the existing Article 22 of the EU Merger Regulation, which concerns mergers that don’t meet the Italian value threshold but can nonetheless be referred to the European Commission (EC). This is especially pertinent to the digital market, not only in the enforcement of Articles 101 and 102 of the TFEU [Treaty on the Functioning of the European Union] but also in merger control, in particular for the so-called “killer acquisition”, potentially affecting acquisitions of small companies and even start-ups that might one day be considered key players in their market.

Consumer protection is also a hot topic. This could be considered to lie outside of orthodox competition regulation, but the AGCM is focused on keeping the competition environment healthy in all areas.

Is there much interplay between the Italian Competition Authority and the EC? How much of Pavia e Ansaldo’s practice deals with competition at a European level?

We do EU and domestic competition law. At EU level, we have opportunities to work with the EC, especially in merger control. Regarding this, the aforementioned Article 22 is a key field of interplay between the two authorities.

We also expect to have much future interplay in the foreign direct investment arena, vis-à-vis the Golden Power regime, where European and national authorities will work in concert.

Another field in which there is clear interplay between the authorities is state aid. We handle some state aid matters every season, especially in the infrastructure sector.

What implications has COVID-19 has for state aid in Italy and Europe?

The main implication is the temporary framework issued by the EC at the height of the COVID crisis. The EC decided to facilitate and smoothen the procedure for authorizing state aid at national level. Local and national governments decided to put in place huge amounts of public subsidies to keep their businesses and economies afloat.

As a result of COVID-19, it will be worth watching how the relation between the national government’s resilience plan and the state aid regulation will play out. The EC has underlined that every subsidy granted to companies and projects via the national resilience plan will not be exempt under state aid regulations. There will be a lot of legal work and undertakings in this field in the near future.

Which sectors have the authorities been watching especially closely recently, and which sectors might they move onto next?

At the top of the priority list are digital markets, which are really in the spotlight at a national level, at a European level and even in the US.

The interplay between the implementation of the PNRR [National Recovery and Resilience Plan] and the relevant competition law provisions will also be on the list of enforcement priorities.

On a related note, public procurement and bid-rigging continue to be a top priority for the AGCM. Historically, more than 70% of AGCM enforcements in cartel work are related to bid-rigging, and public bids are part of the fabric of Italian economic culture. There is also interplay between the AGCM and the criminal court: bid-rigging is a crime in Italy. The AGCM frequently refers files to the criminal prosecutor and vice versa.

Life sciences and healthcare in general are important areas where the authority will be active, especially vis-à-vis the interrelation between patents and abuse of market dominance.

Not a sector per se, but another field in which the authority will be especially active is enforcement in the space of vertical relationships. This has not always been a priority of the AGCM, which has generally viewed horizontal behavior as more harmful, but because of the increasing importance of e-commerce and of distribution networks in selling goods and services, vertical restraints are a top trend for the authority.

Do you have any strategic advice for companies wanting to remain competitive while also avoiding Italian or European fines and penalties?

Also consider applications for leniency. If you are the first leniency applicant in a given proceeding, you can get fines reduced or even rescinded. This is especially pertinent if you have already drawn up a competition compliance program, which would allow you to understand if it were even appropriate to apply for leniency or not.

What makes Pavia e Ansaldo’s competition practice stand out in the legal market?

Firstly, we can cover the full competition law cycle: setting up competition compliance programs, maintaining those programs, helping understand the possibility of an infringement, acting for companies before the authorities, and representing companies in appeal proceedings before the administrative court if necessary. We also advise clients on private enforcement in civil courts. Either route, we accompany clients every step of the way.

Additionally, with our cross-practice approach, we are always liaising with our other specialists who might be needed in certain contexts. Public law experts and administrative lawyers can readily be called upon, for instance. When we have cases before the civil court, we have litigators working with us as a single team.

Finally, we grant clients the presence of partners and senior lawyers whenever they need to speak to anyone at the firm. I am always present personally, and do not leave direct advice to my junior colleagues, though I always work closely with them as a tight-knit unit.

What challenges do you foresee in the coming years for competition lawyers, and how can they best be overcome?

Competition law is a field where young graduates are becoming more and more interested; that is to say, it’s becoming more competitive! This will have implications for fees. Competition law has generally been a niche area, where clients need a real expert, which doesn’t come cheap; increased competition among lawyers in this field might put downward pressure on fees.

One major challenge is Italian civil justice. In private enforcement, so-called forum shopping is an issue: Italy is not at the top of the list of the best places to fight your case. If you’re a complainant in a private enforcement case and want to see damages, you want to have your case closed quickly. But in Italy there are many hearings, not always strictly necessary ones, and often they are adjourned, with long gaps between them. Moreover, many parts of these proceedings involve numerous defensive briefs. The whole procedure ends up being very burdensome, and at the end of it all, the judge might not even be a true expert in the area. Civil justice must be modernized in Italy to render the Italian system closer to that of the Netherlands or the UK, where private enforcement is more and more popular.

Another thing for lawyers to consider is that merger control assessments could increasingly fall into the hands of artificial intelligence.

Finally, an economistic approach is more and more evident at Italian and European level; this may render the purely legal and formal advice less critical compared to commercial and economic advice. But companies will not stop relying on lawyers; they will still need lawyers to appear before courts, the AGCM and the EC.