Siemens, Germany’s largest industrial manufacturing company and Alstom, the French high-speed train manufacturer, have agreed to merge rail operations in the face of increasing competition from China’s CRRC Corp. and become, in the words of Joe Kaeser, President and CEO of Siemens AG, “a new European champion” in the rail industry. 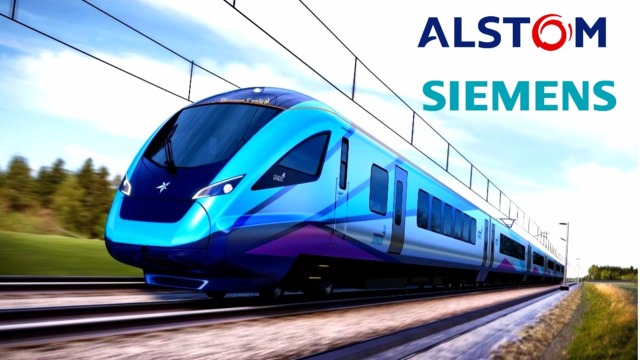 Siemens and Alstom signed the merger of rail operations on September 26th, becoming the biggest in rail equipment activities. The deal was announced as a “merger of equals” although Siemens will have majority control of the new company owning 50% plus shares according to a joint venture statement.

“This Franco-German merger of equals sends a strong signal in many ways. We put the European idea to work and together with our friends at Alstom, we are creating a new European champion in the rail industry for the long term,” said Kaeser.

Based in Paris, Henri Poupart-Lafargethe, Alstom CEO will lead the new company and Jochen Eickholt, head of Siemens Mobility will also assume an important responsibility in the deal.

Siemens and Alstom have combined revenue of €15.3 billion while China’s CRRC has an annual revenue of about $35 billion in 2016 being the bigger than Alstom, Siemens and Bombardier, Canadian transportation group combined. The merger therefore has mainly taken place due to CRRC Corp. winning major contracts in the US, Australia, India, Malaysia and Russia.