The newly crowned richest person in the world can boast of an unprecedented feat: becoming a major figure in two very exclusive sectors - automotive and aerospace. 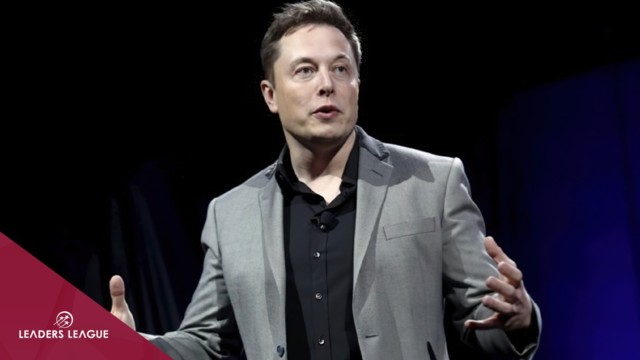 There are two main types of disruptors: people like Jeff Bezos, Mark Zuckerberg, Jack Dorsey and others who have established themselves in markets they create for themselves. But rarer are those who boldly challenge a premium sector with high entry costs where the leading players have been firmly established for decades. Elon Musk has succeeded in becoming a standard bearer in two, the automotive and aerospace industries. His main strength? Being right before anyone else.

The Pretoria-born entrepreneur owes this unique feat to his hard work, analytical skills, and his ability to marshal support and move mountains. But also to his rock-solid vision. Elon Musk has a distinctive characteristic: he always has a plan in mind, does not hide it and sees it through whatever it takes. Regardless of whether at the beginning it surprises, confuses, and at best elicits circumspection, at worst mockery.

Full throttle
On August 2nd 2006, in a simple message published on the Internet, the man at the head of the small manufacturer Tesla (which had never built a mass-produced vehicle) announced his Master Plan 1. In broad terms, the strategy consisted of building affordable electric cars in large quantities to replace excessively polluting gasoline-powered vehicles. The first step was attacking the high-end market to attract the most affluent drivers and build a substantial cash reserve. The big car manufacturers were sniggering under their breath. But they are not laughing anymore.

In 2008, the Californian manufacturer released his first Roadster aimed at drivers with very high purchasing power. And it worked! The technology proved successful and word of mouth and Musk's talent for communication did the rest. The saga continued with the gradual release of new models produced in ever greater numbers, at ever lower prices. All according to plan.

As the health crisis began to bite in March 2020, Tesla announced with a great fanfare that it had produced its millionth vehicle. Since July 2020, the Group can boast of being the car manufacturer with the highest market capitalization in the world ($209 billion against $201 for Toyota).

To become a major player in the automotive sector in under 20 years – after starting from scratch –  is a feat unheard of in the industry’s history. For many entrepreneurs, this would have been their Everest, but it was not enough for Elon Musk, who decided to go even further by moving from tarmac roads into space. Up til then, the conquest of space was the preserve of big states, the barriers to entry impossibly high. However, it did not prevent the industrialist from joining the space race with his company SpaceX - launched in 2002.

To infinity and beyond
Once again, experts looked on with disdain at this strange and extraordinarily ambitious venture. In the early days, it looked as if they were going to be right right since, between 2006 and 2009, three out of five launches of the Falcon 1 rocket ended in failure. However, NASA had confidence in SpaceX and signed a $1.6 billion contract with the group. The mission was to send twelve launchers into space to deliver cargo to the International Space Station, a challenge that SpaceX rose to with flying colours. Better still, NASA retired the space shuttle in 2011 and no longer had the means to transport its astronauts to the International Space Station, meaning it had to call on the private sector: SpaceX was the natural choice and achieved its target. At the same time, the group was innovatin with the first reusable launchers (which made in possible to reduce costs without compromising safety) and, in 2018, the first heavy lift launch vehicle, the Falcon Heavy, was launched.

"Thanks to SpaceX and Tesla, whose shares have been skyrocketing over the past year, in January 2021 Elon Musk became the richest man in the world, dethroning Jeff Bezos"

Let's face it, both on the road and in orbit, Elon Musk was, against all the odds, right. Long before the venerable American, Japanese or German manufacturers, he understood the importance of electric vehicles. Being fifteen years ahead of the game has allowed his Tesla to be the ultimate in innovation, so much so that, confident in his strength, he made his patents public in 2014. So what if the EU's recovery plan aims to make the Old Continent the leader in electric battery manufacturing? Tesla's Giga Factory in Nevada is currently the undisputed leader in this mainstay of the industry of the future. Traditional carmakers thinking about redesigning their production lines? Tesla's plants, and in particular the Freemont site in California, have already done it, and Elon Musk is preparing to take on the Europeans with his Berlin site, scheduled to open in July 2021. Electric vehicles are no longer just a niche market, since by 2020 they will account for 20% of sales in Germany and 15% in France and the UK. On a global scale, the figure is only 4%, but is slated to nudge 30% by 2030.

Elon Musk has changed the blueprint for car manufacturers. And to think that not long ago nobody believed in the viability of his projects! The same is true of the aerospace industry. When Elon Musk unveiled his intentions, people talked about it being a whim or egocentric folly. Who did he think he was, Tony Stark? But the fact of the matter is that the entrepreneur had anticipated something important: NASA would no longer have the means (due to the end of the Cold War and ultra-liberalism) to manage everything itself and was going to need subcontractors. Hence the importance of getting ahead of the game before anyone else thought of it. As a result, SpaceX now has a virtual monopoly on the ever more lucrative launch-vehicle market.

The best is yet to come
Thanks to SpaceX and Tesla, whose shares have been skyrocketing over the past year, in January 2021 Elon Musk became the richest man in the world, dethroning Jeff Bezos. However, the soon-to-be 50-year-old, known for his boundless energy, does not intend stopping there. For several years now, he has been launching projects, each more ambitious than the last: phase 2 of his Master Plan (production of electric trucks and electric vehicles on demand), AI, augmented human beings... Not forgetting colonizing Mars, the planet on which this big sci-fi fan wants to spend his twilight years. It all sounds crazy and confusing, but who better to successfully see through those sorts of projects?