Steve Jobs, Reed Hastings, Elon Musk… an entrepreneur with the skill set to successfully implement a disruptive strategy is a rare thing indeed. 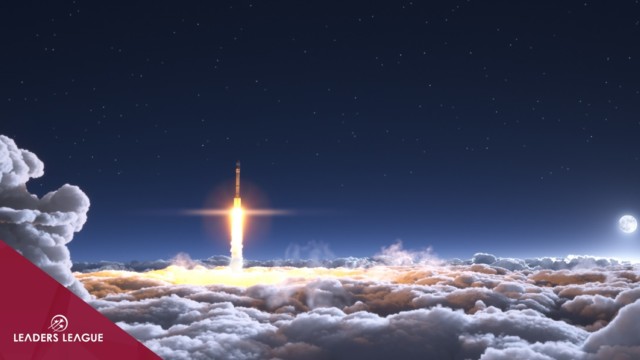 To have a chance of disrupting an industry, a leader must rally the support of their organization and an entire ecosystem. True disruption goes beyond hitching your wagon to the latest innovations, whose real impact is often limited and affects market share more than the lives of customers, or the general public. The scale of true innovation is not the same, and neither is the challenge. The rewards are intangible and distant, but potentially bounteous.

Vision
To disrupt a market, a leader must be able to do the following: have an innate understanding of technological changes and have an ear to the ground to sense when the mood for change is rising. The disruptor differs from the strategist, therefore, in that while the latter may see all the angles of the game, the former changes the playing field entirely.

Why design an electric car if the charging stations needed to make it viable don’t exist, the batteries needed to power it are prohibitively expensive, and the customer is not asking for it? Steve Jobs knew what the customer wanted before they even knew it themselves. His job, and great skill, was to anticipate. He recalled the famous saying of Henry Ford: “If I had asked people what they wanted, they would have said faster horses,” adding “People don’t know what they want until you show it to them ─ our job is to read what is not yet on the page.”

"The disruptor differs from the strategist in that, while the latter may see all the angles of the game, the former changes the playing field entirely"

In order to change the world, you have to have a little crazy in you, or at least be mistaken for crazy, or a megalomaniac even. Only perseverance and eventual success will prove that you were right all along. This spirit can be summed up in Jobs’ one famous adage, “stay hungry, stay foolish.” How many directors would dare to bet on being able to effect a root-and-branch transformation of the market over the space of ten to twenty years, when their business ─ like all businesses ─ must live quarter to quarter?

Those that do manage to change the world are almost always entrepreneurs who own their company outright. They are visionaries with the flexibility and discretion to open up their capital to other ‘organized dreamers’, namely venture capital funds, which are always eager to take a punt on a disruptive adventure with a high potential upside. As the feted US entrepreneur and TV personality Oprah Winfrey explains, “Create the highest, grandest vision possible for your life, because you become what you believe.”
The ingredients of a successful disruptor include boundless vision, a capacity to identify the next technological breakthrough and exploit it, limitless perseverance and an ability to think in a highly systematic fashion. But is even all this enough?

Leadership
“The people who are crazy enough to think they can change the world are the ones who do,” stated Steve Jobs. A source of awe for some, mockery for others, Jobs’ ‘reality distortion field’ the geeky expression coined in 1981 by a colleague at Apple to describe his ability to convince himself, and others around him, to believe almost anything, showed at the very least that he was not crazy, and for many accurately described his ability to bend people to his will through the strength of his convictions. Folly or genius?
Being a charismatic leader alone does not allow you to assemble a team to carry out an against the odds disruptive mission. Being a charismatic leader alone is not enough to convince suppliers to go back to the drawing-board and redesign their components. Being a charismatic leader alone is not enough to secure a buyer for your radically different product. Elon Musk ─ he of the reusable rocket and electric car ─ had to repeat his pitch a thousand times to win over the sceptics.
The disruptive leader must methodically build an enthusiastic team with a clear purpose, whose members revel in the role of the rebel and get fired up by the chance to upturn the established order. But a revolutionary project also requires financing, tech partners, distributors with an open or alternative mindset. And for this, a leader must be supremely tenacious and a skilled evangelist, capable of aligning the interests of all.

"The disruptive leader must methodically build an enthusiastic team with a clear purpose, whose members revel in the role of the rebel and get fired up by the chance to upturn the established order"

Other keys to success, according to Elon Musk, include ‘work like hell’ (translation: put in 80 to 100 hours a week); ‘constantly question yourself’ (translation: look at a problem from all possible angles and exhaust all possible solutions); ‘consider no task too menial’ (translation: do whatever it takes to remove obstacles to progress) and take risks. He also underlines the importance of listening to feedback and finding new ways of improving. When you think about it, creating a new product or a new ecosystem based around game-changing piece of technology is a herculean task.

Apprentice disruptors can draw inspiration from Oprah. “Do the one thing you think you cannot do. Fail at it. Try again. Do better the second time. The only people who never tumble are those who never mount the high wire. And turn your wounds into wisdom.”

Counter-intuitive though it may be, a disruptive leader must, paradoxically, be sure of their vision, but humble in its execution; listen as well as preach and doubt oneself and trust in others, in order to succeed. And not forgetting extra-ordinary human qualities needed to inspire followers in their uncertain but unforgettable adventure.