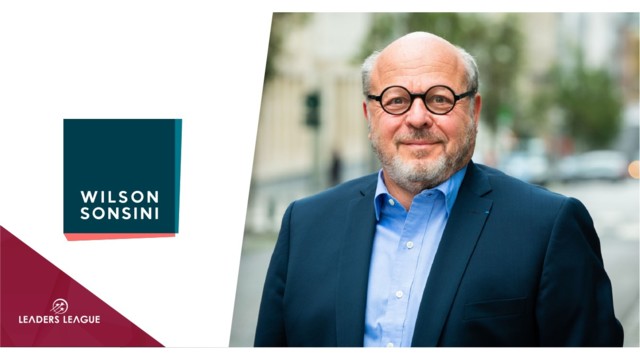 Wilson Sonsini Goodrich & Rosati, a provider of legal services to technology, life sciences, and growth companies worldwide, has announced the addition of Daniel Kahn to its Brussel’s office as director of strategy and business development for Europe (Corporate practice).

For more than 30 years Daniel Kahn has worked with multiple actors in the technology, internet, digital, technology, telecom, medtech and cleantech sectors. Over the years, he has acquired expertise in venture capital, M&A and capital markets transactions and has built an extensive network in the US, Israel, Asia and Europe.

A Household name in North American legal circles, the firm has a growing profile in Europe with offices in London and Brussels. As its new director of strategy and business development, Kahn will focus on generating new business both in Continental Europe and the US and in the transactional and regulatory areas, covering M&A, capital markets, privacy and cybersecurity, while assisting select clients setting up in Europe.

Prior to joining, Wilson Sonsini Goodrich & Rosati, Kahn founded Red Bridge Law in 2016, a Luxembourg-based law firm, which was the second outfit he established, after Kahn & Associés in 1988. An ex- Cleary, Gottlieb, Steen & Hamilton employee, he co-founded Biolegis, a network of 19 independent law firms in Europe in 2004.