Latin American countries are beginning to implement a moderate easing of lockdown restrictions, but the Covid-19 pandemic has yet to reach its peak in the region. 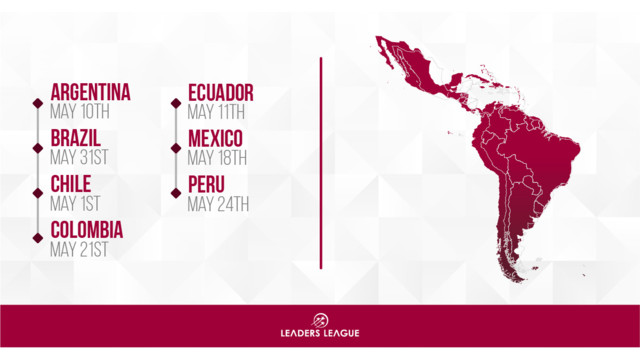 Latin America was relatively late to register cases of Covid-19, with the majority of early cases carried to the region by visitors from Europe or Asia, or by locals returning home, and in many countries the spread was initially slow.

But while the virus was borne by the wealthy, able to afford international air travel, its subsequent spread has been fastest among the poor, living in urban areas where social distancing is difficult due to overcrowding, and where the informal economy employs the majority of people, who face the quandary of staying at home to protect their health, or venturing out to work to protect their livelihoods, with no alternative income or government support available, and in a region where millions live hand-to-mouth.

“The cost of the pandemic in Latin America will be exacerbated by the structural vulnerability of the region’s economies, and exiting the crisis caused by the pandemic will require careful government planning to move towards more inclusive development in the long term,” Ann Grugel Smith writes in Open Democracy.

With countries now eager to lift quarantine measures to limit the damage to the economy, the numbers of confirmed cases and deaths continue to rise, the region faces the danger of a resurgence of the virus, while anxious to limit the damage of caused by shutting down their economies for two months.

The region’s governments will be closely looking at the experiences of countries in Asia and Europe that have successfully – or not – emerged from lockdown.

Observers are expressing concern that the pandemic is far from over in the region, with Brazil likely to see a death toll in the tens of thousands, but where the government and the private sector are calling for the lockdown restrictions to be eased.

Argentina’s partial easing of lockdown measures began in certain provinces on May 10th, but social distancing will remain compulsory in Buenos Aires city and province, as well as in the cities of Córdoba, Santa Fe, Chaco and Río Negro, and the wearing of face masks in public places remains obligatory.

Buenos Aires has been Argentina’s epicenter of the pandemic, with more than 70% of all Covid-19 infections, whereas the total cases in the capital and the provinces of Chaco, Córdoba, Neuquén, Río Negro, Santa Fe and Tierra del Fuego account for 90% of the country’s total. In the rest of the country, a progressive opening up of the economy has begun, according to the spread of the virus in each region, although “the quarantine will continue,” Health Minister Ginés González García said in early May after chairing a video conference with medical experts, who, he said, agree that the progress of the virus has been sufficiently slowed to allow the loosening of some restrictions.

Sante Fe Province began easing restrictions on May 6th with some wholesale and retail trade outlets reopening, as well as small businesses with up to five employees. Córdoba has enabled workers to return to their jobs in 23 municipalities, while Jujuy Province, one of the country’s least-affected regions, reopened restaurants and shopping malls on Monday after more than a month without registering new Covid-19 cases.

Brazil is the Latin American country worst-affected by Covid-19, with a Brazilian doctor being quoted in The Atlantic as saying the country is “the world’s next epicenter of the pandemic,” predicting that Brazil’s death toll could reach 100,000.

But Brazil’s economy minister, Paulo Guedes, remains upbeat, announcing on May 9th that the central bank will disburse funds to prop up the economy in the event of a depression, and that the country will bounce back as its economy’s vital signs remain in place. The country’s congress approved a constitutional amendment in early May to allow the central bank to buy private and public sector assets, and the bank cut its benchmark interest rate by 75 points to 3%.

Guedes’ cool head and pragmatism contrast sharply with the attitude of President Jair Bolsonaro however, who has consistently downplayed the severity of the pandemic and called for the economy to reopen, even marching to the Supreme Court on May 7th to demand that restrictions be lifted so that the country can get back to work. Bolsonaro’s trivializing of the pandemic, from which the death toll in Brazil has now surpassed 10,000, and his focus on returning to economic growth at all costs has reportedly caused outrage in the country as the death toll from Covid-19 rose by more than 600 per day over three consecutive days in the week beginning May 4th.

Chile was among the first countries in the region to partially reopen, with a shopping mall opening its doors again on April 30th for one day in the capital Santiago’s upscale Las Condes neighborhood. The mall is fitted with a sensor and alarm system that activates when the maximum shopper capacity of 1,100 has been reached. A shopper was quoted by the Associated Press as saying she disagreed with the reopening, but was obliged to shop due to the need to purchase goods.

Similarly, the federal government’s announcement to gradually reopen the economy from May 1st, with government workers returning to work, was severely criticized by the country’s health authorities and several trade unions, one describing the decision as “criminally irresponsible”. The country’s retail associations agreed with the reopening measures.

The Chilean government’s plan to introduce ‘virus-free’ certificates to citizens who have recovered from Covid-19 was greeted with dismay, with the World Health Organization saying that recovery from the virus does not guarantee future immunity to it. The government then backtracked, with health minister Jaime Mañalich announcing on May 10th that the plan would be suspended. He said that possible discrimination against carriers of the certificate had motivated the government’s decision to postpone the plan. The number of confirmed cases increased by 1,647 on May 10th, the largest one-day rise so far.

From May 11th Colombia’s capital Bogotá has modified the restrictions imposed to contain the spread of Covid-19, with new measures decreed by the federal government, while Bogotá’s mayor Claudia López called on citizens out on the streets to act as if they were carriers of the virus, with the wearing of face masks obligatory and fines imposed for non-compliance, and people asked to maintain a one-meter distance from each other. Monday is expected to see some two million people returning to economic activity, the mayor’s office said.

Companies reopening from May 11th have been instructed to observe different opening hours to avoid bottle necks, with no access to offices allowed between 6-9am, leaving the streets free for the transit of police, medical staff and officials. The construction sector will function from 10am until 7pm, manufacturing from 10am to 5pm, and companies are encouraged to offer night shifts to workers. Shops meanwhile may only open from midday to midnight.

The initial lifting of restrictions is expected to revive between 60-70% of the economy, commerce minister José Manuel Restrepo said on May 8th, but warned the economy’s return to normality would take until the end of this year. The lockdown remains in place until May 25th, with May 11th’s reopening only partial, he said. The finance ministry has calculated that the country’s economy will contract by around 5.5% this year.

From May 11th,Ecuador began a gradual reactivation of its economy, with the government of President Lenin Moreno conceding the decision on how and when to reactivate to regional governments. The first municipality to begin reopening has been Daule, a city of 130,000 inhabitants, but the decision has caused controversy, given its proximity to Guayaquil, one of the cities worst hit by the pandemic.

The country is following a ‘traffic-light’ model, qualifying municipalities’ readiness for reopening by the impact that the virus has had. Construction was the first sector to restart operations, with daily health checks on workers to be carried out. The municipalities of Azuay and Morona Santiago, in the south, have been the first to relax quarantine measures, while the capital Quito remains under lockdown, given the high risk of further contagion, at the decision of mayor Jorge Yunda, who is a doctor by profession.

The country has been the recipient of a $643 million emergency finance package from the IMF, and a $700 million package from the Inter-American Development Bank to help the country meet its balance of payment needs and finance its health and social assistance spending amid the pandemic. The government has introduced a series of tax and economic measures, granting longer terms for fulfillment of tax obligations and reducing some import duties, and allowing for the reduction, modification, and/or suspension of working hours to reduce employers’ operating costs.

Mexico’s lockdown is set to continue in its current form until May 18th, when a gradual reopening will take place in certain municipalities, following a ‘traffic light’ system similar to Ecuador’s, based on an evaluation of the risk of further contagion. Schools could reopen on June 1st.

The country’s auto parts industry association (INA) has called on the government to allow vehicle assembly plants to open sooner, on May 13th, given that truck assembly plants in the US have already reopened, arguing that Mexico’s plants need to reopen sooner in order to maintain the component supply chain. The head of Mexico’s truck and bus manufacturers’ union (ANPACT), Miguel Elizalde, warned the government that US companies will seek alternative markets if Mexico is unable to supply parts, and which could lead to job losses.

Across the country, 95% of businesses remain closed, according to Labor Minister Luisa María Alcalde, after the government ordered the closures of branches of two of the country’s largest retailers, Elektra and Coppel, both of which target low-income households, and which on May 11th reversed their decision to defy the closure order, President Andrés Manuel López Obrador said on Monday.

As the second-worst-affected country in South America after Brazil, Peru’s target date for a partial lifting of restrictions has been pushed back to May 24th, but Lima’s mayor Jorge Muñoz warned on Monday that some districts of the capital may have to remain in lockdown beyond that date. It is important to differentiate among different regions of the country and act accordingly, he said.

The use of gloves is now obligatory when entering banks and markets.

Peru’s government has announced a massive economic stimulus package of around $26.5 billion, equivalent to around 12% of GDP, to support citizens and the key mining sector. The government authorized the mining sector to restart on May 2nd, as well as the fisheries sector, and companies supplying the mining, agricultural, chemical and forestry sectors, all of which had downed tools on March 26th. The mining sector is expected to return to 80% of its full production capacity with a month of reopening, Pablo de la Flor, head of the country’s National Society of Mining, Petroleum and Energy (SNMPE), said on May 7th.