With Cop26 winding up in Glasgow last weekend, Leaders League gives you the highlights, and lowlights, of two weeks of heated climate-change debate. 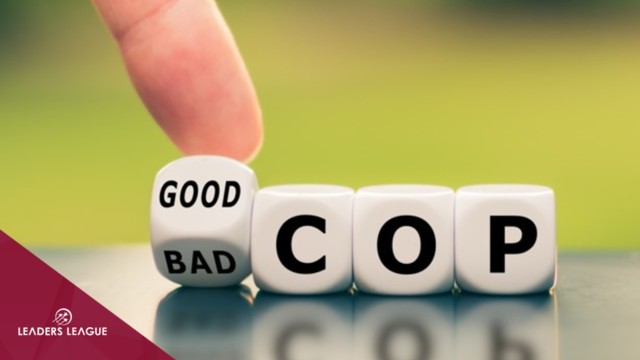 Cop26 concluded with an agreement, hailed as a step in the right direction by world leaders, albeit one that did little to satisfy most climate-observers.

Good Cop
The Glasgow Climate Pact fixes, for the first time, the objective to reduce the use of fossil fuels and invites signatories to stop subsidizing the fossil fuel industry if they fail to put in place effective carbon-capture measures. And on carbon capture, a lot of progress was made on ironing out administrative issues, such as the risk of being charged twice, that stood in the way of an effective mechanism.

But the main advances from Glasgow have less to do with the text of the climate change agreement itself, than the thematic agreements reached by various blocks of countries. It is in this way that some 180 countries managed to reach an agreement on putting an end to deforestation (pledging €16.5 billion to the protection and restoration of woodland in the process), 107 nations, including the United States, committed to cut greenhouse gas emissions by 30% by 2030, and a block of 39 countries undertook to put an end to fossil-fuel exploration from next year which does not incorporate carbon-capture technology.

“The success or failure of this Cop shouldn’t be measured in the number of participants or the declarations made, but in its capacity to accelerate climate action on the ground,” stated Paris Dauphine University economics professor Christian de Perthuis, in an article on theconversation.com.

When it comes to battling global warming, the words of politicians are a mere pop-gun

Individual Cops, then, provide a framework and set the agenda, but it is the time between Cops, where the real progress is made, via things like ever-cheaper sources of renewable energy production and means of storage and increased levels of social mobilization.

Speaking to French business daily Les Echos, environmental geopolitics expert François Gemenne declared, “The Cop is a forum for co-operation, that’s all it is. So we shouldn’t criticize the event itself, but rather the inaction of states, many of whom attack the event as a smokescreen to evade scrutiny of their own climate policies.”

Cold shower
For former diplomat Gérard Araud, “The prophets of doom are keen to keep the pressure on world leaders, but the fight against global warming is a slow and unglamourous one and it can seem like that for every step forward, we take two steps back. It’s only human nature to want fast and demonstrable results. But instead of hoping for miracle solutions, let’s instead preparer for the reality that temperatures are going to rise.”

Reacting to Cop26, Simon Lewis, Professor of Global Change Science at University College London, sounded a downbeat note. “The Glasgow Climate Pact is incremental progress and not the breakthrough moment needed to curb the worst impacts of climate change. The UK government as host and therefore president of Cop26 wanted to “keep 1.5°C alive”, the stronger goal of the Paris Agreement. But at best we can say the goal of limiting global warming to 1.5°C is on life support – it has a pulse but it’s nearly dead.”

And, beyond fostering a climate of fatalism, what if the main purpose of these Cops is to make people aware of their own individual responsibilities vis-à-vis climate-change? It’s time for individuals to stop kidding themselves that their governments or the mega-corporations will take care of this issue. It’s time for each of us to stop ducking responsibility. We can’t plant a cherry tree and expect it to grow apples – there will be no miracle solution, no super-hero to swoop in at the last minute and save the planet. It’s up to each of us to do our part.

Bad Cop
At the fringes of the Glasgow Science Centre over the past few weeks, one question was on the lips of the climate-change commentariat. ”Are our leaders finally going to wake up to the seriousness of the climate emergency?” The answers did not take long in coming, and it was a resounding ‘No’.

On November 1st, the first day of Cop26, The president of the United States, Joe Biden, alongside members of the G7, NATO, the UN, OPEC, the OECD and other powerful international organizations, were in a kind of collective snooze, which did not go down well with anti-globalists. If Davos is the blingy bachelor party of your rich cousin, then it seems the Cop is Thanksgiving dinner with the extended family, something to be endured that you can’t really get out of.

The main advances from Glasgow have less to do with the text of the climate change agreement itself, than the thematic agreements reached by various blocks of countries

In the delegates’ defense, however, it is worth noting that the art of negotiation on this scale, is both subtle and highly complex, as they strove to find solutions to problems that they themselves created in no small measure, while saving face in the process.

In the middle of admonitions leveled at China and Russia by politicians, K-pop group Blackpink caught the media eye by calling on world leaders to stop pointing the finger of blame at each other and instead back up their words with meaningful action. So what was decided? A pledge to reduce greenhouse-gas emissions and cut back on deforestation. So far, so, Kyoto Protocol.

At least the climate activists of today are immune to empty rhetoric, and were scathing in their response to leaders like UN Secretary General António “Our war on nature must stop” Guterres or the UK prime minister, Boris Johnson, who unleashing a barrage of soundbites before flying back to Downing Street on his private jet… one of over 400 to grace the tarmac of Glasgow International Airport during the conference.

And what of Greta Thunberg, the emblematic Joan-of-Arc of the climate struggle? The Swede played her usual role as shamer-in-chief, not mincing her words in declaring “Cop26 is a failure”.

Thunberg’s disappointment echoed that of strategic analyst Nicholas Meilhan, who noted, “Since the Cop summits have been in existence, C02 emissions have grown at a rate never before seen – up 50% in the past two decades.”

Cop out
When it comes to battling global warming, the words of politicians are a mere pop-gun. While humanity’s carbon footprint grows relentlessly and temperatures increase, they stubbornly refuse to take real and decisive measures.

On the last day of the conference, a tearful Cop26 president Alok Sharma took to the stage to announce the adoption of the Glasgow pact, which made provision for a redoubling of the global community’s efforts to combat climate change, crucially without committing to the 1.5°C temperature increase limit that scientists believe will significantly reduce the impact on the planet – a fudge to placate India, whose reticence about relinquishing coal was a stumbling block to getting a deal done at the end of a conference that resembled nothing so much as an unruly Autumn co-op board meeting where residents argue over when to turn on the thermostat for the winter.

Unimpressed with the outcome, Fabrice Bonnifet, president of sustainable development organization C3D, deadpanned, “We can all meet again at Cop27 to sign humanity’s death warrant”.


By Antoine Morlighem and Alban Castres