The growth story of china’s legal market is both a product and a testimony of this country’s economic transformation: Chinese firms have been growing at an extraordinarily rapid pace in sophistication and scale, while most international firms are still trying to grasp the moon in the water. The deck is being reshuffled, and in order to survive and thrive in this game, everybody needs to be constantly responding, rethinking, reshaping and readjusting. 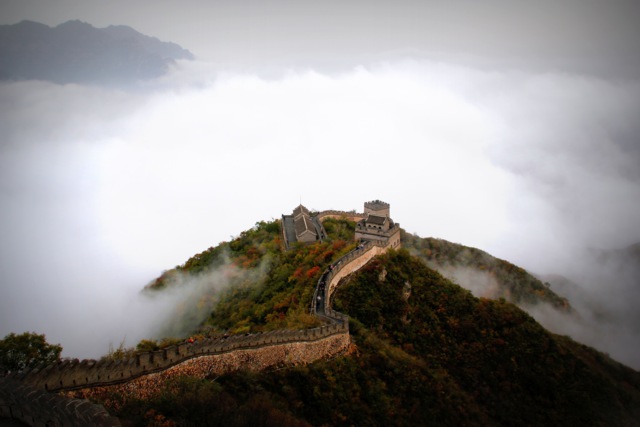 The deceleration of world’s No.2 economy is no longer headline news in the global press and has become the new normal, leaving behind decades of noteworthy double-digit growth. Weighed down by sluggish demand at home and abroad, faltering investment and massive industrial overcapacity, China’s economy grew by 6.9% in 2015, its slowest pace in a quarter of a century. The Institute of International Finance (IIF) expected a capital exodus of $538 billion of global investors from China in 2016, and the instability in its currency RMB, coupled with the drastic volatility of its stock market just added insult to injury.

But if you feel somewhat pessimistic about China’s economic outlook, think again. The country’s growth rate is still comfortably the fastest among major economies; its political stability and overall security outperform some of European or Latin American countries; its rising middle class is gaining purchasing power – in a nutshell, although not without challenges, China is transiting from an investment and export focused economy to one based more on services and consumption. During the annual national parliamentary meeting in March 2016, Premier Keqiang Li conceded the increasing downward pressure and the tough battle to keep the country growing by at least 6.5% annually over the next five years, but reiterated the government’s determination to defend the country’s economic stability, avoid any mass layoffs or hard landing and restructure State-Owned Enterprises (SOEs).

Due to historical reasons, China has a tightly-controlled legal services market. Although in the 70s a handful of foreign experts based in Hong Kong could provide legal advice related to Foreign Direct Investment (FDI) in China, international law firms were not officially permitted to open a branch or a Representative Office (RO) in mainland China until 1992. Furthermore, subject to a number of restrictions, foreign law firms are barred from advising on local law and representing clients in Chinese courts, and they can only employ locally-qualified Chinese lawyers under the condition that these lawyers suspend their Chinese practicing licenses. Neither can they be owned by qualified Chinese lawyers.

At its WTO accession in 2001, China committed to further opening its legal services industry for international competition. An encouraging sign of the long-awaited liberalization was the experiment of the cooperative mechanisms initiated in late 2014 by the newly-established China Shanghai Pilot Free-Trade Zone (SFTZ), allowing a foreign law firm and a Chinese one to set up joint operations and mutually dispatch lawyers between their firms under certain conditions. Baker & McKenzie (with FenXun) and Holman Fenwick Willan (HFW) (with Wintell & Co) are the only firms to stake a claim so far.

In the future, China is likely to follow the example of its Asian peers such as Singapore, Japan and South Korea, all of which opened up their markets gradually and step by step, as Shanghai Bureau of Justice official Yi Ma clearly put it: “If we open the market all at once, it will have adverse impact on the domestic legal industry, which is only 30 years old.”

BETWEEN DREAMS AND DISAPPOINTMENTS

In the early years, the first group of international firms in China enjoyed robust business as FDI flooded into the country. With Chinese firms gaining maturity and competitiveness, things quickly changed at the beginning of the 2000s.

“International firms were hit hard by the financial crisis as their primary source of revenue, inbound work, was significantly reduced, coupled with their disadvantage in terms of price, these firms are experiencing a downturn and have largely reduced to a dozen or even a few head figures, and the existing firms are shifting from inbound to outbound work,” Warren Hua, ex-Gide partner in Beijing who works for JunHe now, analyzed, “the survival space of international firms is shrinking, which limits the quality of cases and the career development of lawyers, so an increasing number of Chinese lawyers in international firms returned to Chinese firms after the credit crunch.”

According to the latest official list published in August 2014 by China’s Ministry of Justice, 170 foreign firms operated 225 representative offices in mainland China, down from 178 firms and 232 offices of the previous year, numbers that have dipped for the first time in history.

In spite of the tough competition, no large-scale retreating from China has been observed. Dr. Su Li, Research Methodologist and Statistician of Empirical Legal Studies at Berkeley Law, described this as a “dilemma of outposts”: “the rarity of exit reflects perceptions that presence in China is a valuable symbol of global commitment and a worthwhile bet on future growth.”

Given the difficulty in obtaining regulatory approval to launch an office and peer pressure, most firms are more likely to maintain a leaner presence and hope for more flexible regulatory changes that could add flexibility and a more favorable economic climate. All things considered, everyone admits that this market is tough but important and that they simply cannot afford not to be part of it.

FROM UGLY DUCKLING TO BEAUTIFUL SWAN

Chinese law firms, on the other hand, tell more of a starting-from-scratch story. By April 2016, the number of licensed Chinese lawyers and registered law firms had surpassed 297,000 and 24,000 respectively, marking a 38% and a 20% increase separately compared to 2012 data, according to figures released at China’s ninth National Lawyers Congress concluded in March 2016. Furthermore, over the past four years, Chinese lawyers have handled ¥10 million RMB litigations and ¥3 million RMB non-litigation cases. Lawyers were hired as legal counsel by around 500,000 government agencies, generating a total revenue of more than ¥200 billion RMB.

Although Chinese firms are making impressive progress and working on more sophisticated and complex deals, it would be unreasonable to make an apples-with apples comparison if we were to evaluate Chinese firms by western standards. Don’t forget that they are extremely young: 1980 marked the reinstitution of the legal profession in China, but it was only in 1988 that private law firms were allowed to set up, and most of today’s leading firms were established in 1992, meaning that the oldest firms have barely crossed their 25-year mark, not to mention that the few top Chinese firms only truly began to take a more substantive role in inbound work around 2001.

Following a decade of rapid scaling up, many local firms have started shifting from pure expansion to cultivating their firm culture, strengthening their capability and quality in specialized practices and developing organizational excellence. The management has been focusing on the integration between practice groups and offices, as well as on improving the quality and consistency of client services.

HUNTING FOR THE RIGHT ALLY

Considering the respective advantages and needs of both parts, it is natural for international firms and their Chinese counterparts to get closer to each other. Swiss Verein, Closer Economic Partnership Arrangement (CEPA) allowing Hong Kong located international firms to gain a PRC law capacity via association, or more recently joint operations under SFTZ rules are the common options, but the Greenfield strategy is emerging: Linklaters set up a spinoff firm in May 2016 in the hope of building a 20-lawyer firm in three years and establishing a relationship with this new entity under the SFTZ joint venture scheme.

So far, international firms seem to prefer to partner with local boutiques, partly due to the difficulty in attracting well-established elite Chinese firms, partly to the facility to take control; SJ Berwin and Dentons being the exceptions.

The combining of King & Wood Mallesons and SJ Berwin in November 2013 was a head-turning moment for the global legal community, but less than one and half years later, in January 2015, the world got excited again at the announcement of the tie up between Dentons and Dacheng, which formed the largest law firm in the world by lawyer head count: over 6,500 lawyers and professionals in 120 locations in more than 50 countries. The integration process is still ongoing, but the future seems promising.

PRACTICES ON THE RISE

In recent years, the Chinese government has taken a tougher stance against corruption and commercial bribery, triggering investigations into both multinationals’ and large Chinese companies’ practices. Consumer industries such as food, pharmaceuticals, petroleum and telecommunications have been highly targeted, as the Chinese public’s interest in food safety and healthcare is at an all-time high. Facing greater regulatory scrutiny and potential dawn raids, companies in China are in need of greater legal assistance and advice in compliance.

Outbound M&A transactions are also picking up pace. Fueled by increasing financial strength and a desire to internationalize and compete on a global basis, Chinese companies are increasingly bidding for assets overseas, and their investment sectors and locations have largely diversified from the early stage when they concentrated on the resources and energy sector and mature markets. In addition, the profiles of Chinese investors have also extended from SOEs to large and medium-sized privately-owned companies and sovereign wealth funds. In 2015, Chinese non-financial FDI surged to $118 billion, a 14.7% increase from 2014.

In addition, the initiative of “public innovation” or “grass-roots innovation” proposed by the government, as well as the setting up of three Intellectual Property (IP) courts, is likely to boost China’s future IP development. Other hot topics include anti-monopoly, Public-Private Partnership (PPP), the securitization of corporate equity, equity management of banks and corporates, red-chip return, to name but a few.

The many issues that firms are facing in China are characteristic of an important developing market. This is a long and inevitable development process as China becomes a more sophisticated jurisdiction and an international powerhouse. It's possible that many challenges and obstacles occur during the journey, and only those who have a clear strategy and great flexibility will flourish in this changing landscape.

To navigate these uncertain tides, it is important for firms to recognize the differences of China from other markets and never assume that business development strategies or internal management practices that have worked well in London or New York will work in Shanghai or Beijing. Don’t accuse or grumble, but stay alert to early signs of changing market trends and competitors, and take proactive action.