The growth story of china’s legal market is both a product of and a testimony to the country’s economic transformation. Chinese firms have been growing at an exponential rate in sophistication and scale, but need to close the gap on western nations in terms of institutionalism and internationalization. Meanwhile, most international law firms are still trying to grasp the moon in the water, salivating over the huge potential profits to be had, but struggling to gain an adequate understanding of the social, cultural and political differences necessary to crack the market. 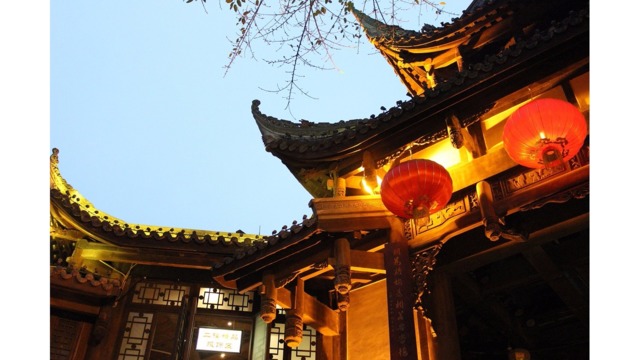 Weighed down by sluggish demand at home and abroad, faltering investment and massive industrial overcapacity, China’s GDP grew by 6.7% in 2016, its slowest pace in a quarter of a century, leaving behind decades of noteworthy double-digit growth. The world’s No.2 economy slowing down has become the new normal, and the downward pressure on the property market, mounting credit risks, as well as uncertainty associated with the Trump administration’s attitude to US-China trade, only add insult to injury.

But it is too early to feel pessimistic about the economic outlook. The country’s growth rate is still – comfortably – the fastest among major economies, its political stability and overall security outperform most emerging countries, and its infrastructure investment is picking up on the back of regional development initiatives, including the Belt and Road Initiative and the Beijing-Hebei-Tianjin Corridor. In its World Economic Outlook report released in April, the IMF raised its forecast for China’s growth to 6.6% and 6.2% for 2017 and 2018 respectively, reflecting the stronger-than-expected momentum of the Chinese economy and the anticipation of continued policy support from the central government.

A slow path towards liberalization

China has historically had a tightly controlled legal services market. Although in the 1970s a handful of foreign experts based in Hong Kong could provide legal advice related to foreign direct investment (FDI) in China, foreign law firms were not officially permitted to open a branch or a representative office (RO) in China until 1992. Furthermore, foreign law firms are subject to a number of restrictions. They are barred from advising on local law and representing clients in Chinese courts. Locally qualified Chinese lawyers cannot have the ownership of a foreign firm, and can only be employed under the condition that they suspend their Chinese practicing licenses.

At its WTO accession in 2001, China committed to further open its legal services industry to international competition.

An encouraging sign of the long-awaited liberalization was the cooperative mechanisms experiment initiated in late 2014 by the newly established China (Shanghai) Pilot Free-Trade Zone (FTZ), allowing a foreign law firm and a Chinese one to set up joint operations and exchange lawyers under certain conditions. Baker McKenzie (with FenXun), Holman Fenwick Willan (with Wintell & Co) and Hogan Lovells (with Fujian Fidelity) are the only firms to stake a claim so far, although rumors has it Ashurst was in talks with Guantao Law Firm in May 2017.

In the future, China is likely to follow the example of Asian peers such as Singapore, Japan and South Korea, all of which gradually opened up their markets, as Shanghai Bureau of Justice official Ma Yi clearly put it: “if we open the market all at once, it will have adverse impact on the domestic legal industry, which is only 30 years old.”

Between dreams and disappointments

In the early years, the first group of international firms in China enjoyed robust business as FDI flooded into the country. With Chinese firms gaining maturity and competitiveness, things quickly changed at the beginning of the 2000s.

However, increasing operational costs and intensifying competition have caused the bulk of international firms to review and revise their China strategy. After Cadwalader Wickersham & Taft announced the closure of its offices in Beijing and Hong Kong in September 2016, Winston & Strawn decided to consolidate its Asia presence in May 2017 by shutting down its Beijing and Taipei offices.

“International firms were hit hard by the financial crisis as their primary source of revenue – inbound work – was significantly reduced, coupled with their disadvantage in terms of price, these firms are experiencing a downturn and have largely reduced staff size to a dozen or even a few head figures, and existing firms are shifting from inbound to outbound work,” stated Warren Hua, ex-Gide partner in Beijing who now works for JunHe, “the survival space of international firms is shrinking, which limits the quality of cases and the career development of lawyers, so an increasing number of lawyers in international firms returned to Chinese law firms after the credit crunch.”

No large-scale retreat from China has been observed so far, and in fact, new beachheads are being established, illustrated by the recent openings of Fieldfisher and Osborne Clarke in Shanghai. Dr. Li Su, Research Methodologist and Statistician of Empirical Legal Studies at Berkeley Law, described this as a “dilemma of outposts”: “the rarity of exit reflects perceptions that a China presence is a valuable symbol of global commitment and a worthwhile bet on future growth.” Given the difficulty in obtaining regulatory approval to launch an office and peer pressure, most firms are more likely to maintain a leaner presence and hope for a more favorable economic climate and regulatory changes that bring greater flexibility. Law firms acknowledge this is a tough market, but its importance means they simply cannot afford not to be part of it.

From ugly duckling to beautiful swan

Chinese law firms, on the other hand, tell more of a starting-from-scratch story. By the end of 2016, the number of licensed Chinese lawyers and registered law firms had surpassed 328,000 and 26,000 respectively, marking an annual growth of 9.5% and 7.5% from 2007 to 2017, according to figures released in March 2017 by the All China Lawyers Association.

Although Chinese firms are making impressive progress and working on more sophisticated and complex deals, it would be unreasonable to make an apples-with-apples comparison by evaluating Chinese firms by western standards. Don’t forget that they are extremely young: 1980 marked the reinstitution of the legal profession in China, but it was only in 1988 that private law firms were allowed to set up, and most of today’s leading firms were established in 1992, meaning that the oldest firms have barely crossed their 25-year mark, not to mention that the few top Chinese firms only truly began to take a more substantive role in inbound work around 2001.

Following a decade of rapid scaling up, many local firms have started shifting from pure expansion to cultivating their firm culture, strengthening their capability and quality in specialized practices and developing organizational excellence. The management has been focusing on the integration between practice groups and offices, as well as on improving the quality and consistency of client services.

While the top Chinese firms have successfully institutionalized their businesses, many national firms can’t let go of their traditional structures where each partner and his or her team represent a separate profit center. This doesn’t look like changing any time soon. It’s a mixed picture of innovation and conservatism, but the message is clear: traditional Chinese firms had better start attending to their internal structures, as the gap between them and the few top firms is widening with time.

Hunting for the right ally

Considering the respective advantages and needs of both parts, it seems natural for international firms and their Chinese counterparts to get closer to each other. Common options include swiss verein, association via the Closer Economic Partnership Arrangement (CEPA) and joint operation under the Shanghai Pilot Free Trade Zone (SFTZ) rules. The Greenfield strategy, namely building its operations from the ground up, is also emerging: Linklaters set up a spinoff firm in May 2016 in the hope of building a 20-lawyer firm in three years and establishing a relationship with this new entity under the SFTZ joint venture scheme.

So far, local boutiques seem to be pre-ferred, partly due to the difficulty in attracting well-established elite Chinese firms, partly due to the ease with which they can be taken over. One of the most important mergers between a leading Chinese firm and an international one, King & Wood Mallesons with SJ Berwin in 2013, experienced an important setback three years later with the dramatic collapse of King & Wood Mallesons’ UK, Europe, and Middle East arm (KWM EUME). Most leading Chinese law firms remain relatively unconcerned about this event: some draw attention to the importance of conducting proper due diligence and post-merger integration, others consider it normal to encounter obstacles as Chinese firms just debuted their global expansion a few years ago.

Another global leader combining with a big Chinese firm, Dentons, seems to be willing to work on a better integration with Dacheng. Although their tie-up was announced in January 2015, it wasn’t until September 2016 that Dentons elected its China board in a bid for stronger operational integration among its 45 financially independent offices in China.

Many of the issues that firms are facing in China are characteristic of an important developing market. This is a long and inevitable development process as China becomes a more sophisticated jurisdiction and an international powerhouse. Many challenges and obstacles may occur along the way, and only those who have a clear strategy, stay alert to early signs of changing trends and take proactive action will flourish in this changing landscape.

The work is far from accomplished, and firms are still exploring the best options suited to their own situation.

Practices on the rise

In recent years, the Chinese government has taken a tougher stance against corruption, commercial bribery and monopoly, triggering investigations into both multinationals’ and large Chinese companies’ practices. The Anti-Unfair Competition Law, which overlaps with the Anti-Monopoly Law, had significant changes. In November 2016, a new cybersecurity law was published, with implementation due mid-2017. Facing greater government scrutiny and multiple new laws, businesses are in need of more legal assistance in regulatory, compliance and investigations. Outbound M&A transactions are also picking up pace. Fueled by increasing financial strength, international ambition and desire for industrial upgrading, Chinese companies are increasingly bidding for assets overseas, and their targets have largely diversified from the natural resources sector and mature markets.

In addition, the profiles of Chinese investors have also extended from SOEs to large and medium-sized privately-owned companies and sovereign wealth funds. In 2016, China’s non-financial outbound direct investment (ODI) surged 44.1% on year to $170.11 billion, particularly boosted by the Belt and Road Initiative. Although in November 2016, the Chinese Government tightened foreign exchange regulations and approval processes to control risks brought by “irrational tendencies” amid rapid outbound investment growth, which resulted in a record high number and value of cancelled deals, China is likely to continue to play a more significant role in the global M&A market in the long run.

Other areas of growth include intellectual property, public-private partnership (PPP), the securitization of corporate equity, equity management of banks and corporates, red-chip return, to name but a few.