Chilean law firm Riquelme Silva & Fuentes has announced its launch with the incorporation of three former partners of Reymond & Cía. 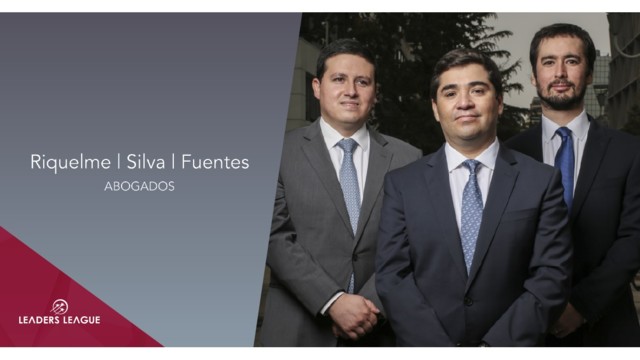 “Riquelme, Silva & Fuentes defines itself as a firm of well-known litigators in the construction and concessions industry,” the firm said in its launch announcement.

“The firm’s partners have participated in high-profile litigation involving hospitals, highways, dams and airports, among other large public and private infrastructure projects, and Rodrigo Riquelme Yáñez has made arbitration and litigation the focus of his practice.”

In addition to his work as a lawyer, Riquelme Yáñez is a professor of postgraduate diploma programs at UC, at the Universidad de Los Andes and the Universidad Del Desarrollo (UDD).

He holds a master’s degree from UC and has also studied in Spain and France, and since them has dedicated the better part of his professional practice to the resolution of disputes in the construction and concessions fields against the Chilean Treasury, defending the interests of national and foreign investors in Chilean and international courts.

He has previously been recognized by Leaders League as a leader in construction disputes.

For his part, Camilo Silva Correa holds a master's degree in Construction Law from the University of Melbourne, Australia, and is currently a professor of construction Law at UC.

He has extensive experience in matters related to the preparation, negotiation and auditing of construction contracts and related services, as well as in litigation matters involving both principals and contractors, in disputes related to public and private works.

Diego Fuentes González was recently appointed as a young arbitrator at the Santiago Arbitration and Mediation Center (CAM Santiago) and specializes in civil litigation and regulated industry consulting.

Silva and Fuentes were the youngest partners at their former firm and decided to undertake this new project with the intention of "being recognized, in the short term, as leading litigators not only in the construction and concessions industry as it stands today, but also in the wider spectrum of complex litigation,” according to the new firm’s launch announcement.