Cathie Wood: The Ark of the deal

After betting big on Tesla and winning, the founder of Ark Invest is the new darling of Wall Street. 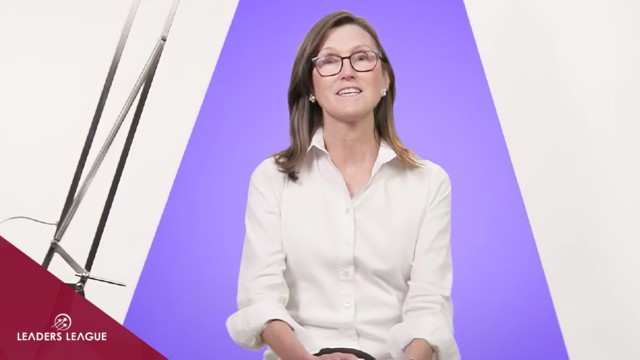 Move over Warren Buffet, there’s a new kid in town. For decades, every move the Oracle of Omaha made was closely followed by his fellow investors; these days Cathie Wood gets the same treatment.

The founder of Ark Invest owes her success to that company’s exchange traded funds (ETFs), which prioritize disruptive innovators such as Tesla, whose share price went from $90 in January 2020 to over $800 a year later.

Ark’s ETF consistently outperforms the stock market average, up 152% last year and over 45% every year on average over the past five years. Ark’s exchange-traded fund’s assets under management went from $3.6 billion last spring to over $50 billion in March 2021.

The vision thing
Cathie’s credo? Identify investment opportunities centered on DNA sequencing, robotics, AI and blockchain, in short, esoteric stuff that Wall Street usually passes on. To do so, this Californian with a personal fortune of a quarter of a billion, staffs Ark Invest with brilliant young analysts whose academic backgrounds in information technology make them uniquely suited to identify the next big high-tech trend.

Another thing that sets Wood apart from the forest of NYC-based investors is that, while other pinstripes seek to keep their cards close to their chest before pulling the trigger, Ark Invest put it all out there, publishing their investment activities on the internet… in real time!

While 2020 was a successful year for the Midtown Manhattan firm, there have been bumps in the road along the way since 2014, when Ark was launched, most recently in early 2021 when Ark’s Innovation fund dropped 23% from February to March.

Fortunately, Wood is sufficiently thick-skinned. “Criticism is water off a duck’s back, to be honest, because it means that we were doing something right in the first place.” Her early faith in Tesla is a prime example of this. Back in the mid-2010s, when Tesla stock hovered at around 40 dollars for years, Wood believed that the price could go as high as $6,000 per share – which would see the car company worth $1.3 trillion. Even if that seems fanciful, Tesla’s stock has increased sevenfold since Ark bought into the company.

Wood’s capacity to take risks and go against the flow has afforded her a long and successful career in investment.  After graduating with honors from the University of Southern California with a BSc. in finance and economics, Wood moved to New York City in the early 80s to take a senior position at Jennison Associates, where she would spend the next two decades.

Ups and downs
In 2001 she moved to Alliance Bernstein as an investment manager. After being criticized for underperforming the market during the 2008 crash and seeing her predictions concerning high-tech investments dismissed as too risky, Wood left to form her own company, whose name is derived from the biblical vessel which spared its occupants from a globe-spanning flood. Wood’s foresight and her investment vehicle’s performance during the pandemic have invited light-hearted comparisons.

Joking aside, the Covid catastrophe has seen Wood vindicated, since the value of e-commerce, medtech and digital platforms exploded in 2020. “Covid has taken innovative digital platforms to the next level,” she states in an interview with Forbes.

And while she supported Donald Trump’s 2020 re-election campaign - a strictly business decision, she’d have you know - Wood is not too disheartened that his rival won the presidency. "I believe that the policies of President Biden are going to be somewhat more conciliatory than many expect," she has said.

Cathie Wood is currently surfing a wave of goodwill too, following her decision to create an online boutique selling Ark-branded clothing and other merchandise. All profits from the initiative, entitled ‘Swag for Good’ go to charity.
Just another example of the Ark CEO seeing the wood and the trees.