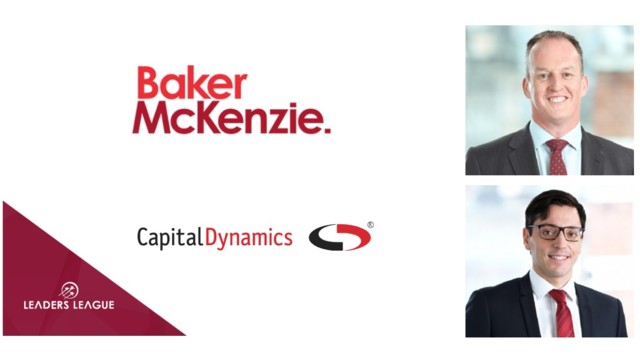 Puerto Real 1 is the CEI team’s second acquisition in Iberia and is expected to be one of the largest utility-scale solar photovoltaic facilities in Spain upon achieving commercial operation in the first quarter of 2021.

The subsidy-free project, located in the town of Puerto Real in the province of Cadiz in Southern Spain, has a long-term power offtake agreement. Once Puerto Real 1 is operational, Capital Dynamics will manage over 430 megawatts of subsidy-free solar projects in Spain.

Baker McKenzie acted as legal adviser to Capital Dynamics on the acquisition and Everoze acted as technical advisor.

Simon Eaves, managing director and head of Capital Dynamics’ European Clean Energy Infrastructure team said: “Spain remains an attractive market for new renewable power generation as the country has one of the highest solar resources in Europe and a favorable operating environment with low development costs. The acquisition of the Puerto Real 1 project accelerates our investing momentum in Southern Europe and reinforces the scale of our European Clean Energy Infrastructure business.”

A Capital Dynamics statement said: “The Puerto Real 1 project is estimated to reduce greenhouse emissions by over 175,000 metric tons once fully operational – the equivalent of emissions produced by 38,000 passenger vehicles driven for a year or the electricity to power almost 30,000 homes for a year. Over the lifetime of the project, the site will employ up to 300 workers, many from the local area.”

Dario Bertagna, director of Clean Energy Infrastructure, said, “Puerto Real 1 is a strong addition to our European portfolio with its high-quality, utility-scale power capacity and long-term contracted offtake agreement. We are delighted to partner with WElink to bring one of largest solar facilities to Spain, and to offer a number of environmental and social benefits for the region, including providing clean power to homes and helping create jobs for the local community.”

Capital Dynamics’ Clean Energy Infrastructure (CEI) is one of the largest renewable energy investment managers in the world with $6.5 billion of assets under management.

CEI currently manages 7.3 gigawatts of gross power generation across more than 100 projects in the US and Europe.

Since the CEI platform’s inception in 2010, more than 13 million metric tons of greenhouse gas emissions have been avoided as a result of the firm’s renewable investments, according to Capital Dynamics. This is equivalent to the power needed to supply more than two million homes or passenger vehicles for one year.