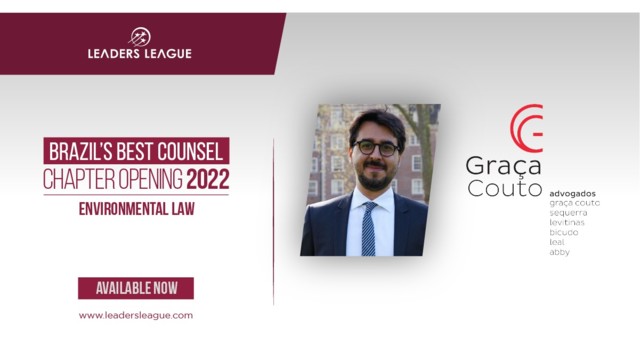 Climate emergency and the private sector

There is a consensus amongst the world’s leading scientists that we are facing an unprecedented climate emergency and that immediate actions must be taken to reduce greenhouse gases emissions. To secure an effective transition to a low-carbon economy, public policies are fundamental, but rather insufficient. Private actors must become involved as well. Thus far in Brazil, the private sector’s engagement in the combat of climate change has been mostly voluntary, motivated by market pressures and reputational concerns. But this is beginning to change. Self-regulation on climate-related matters is being replaced by legally binding norms, and the companies’ lack of diligence in the management of climate-related risks is starting to be raised before the courts.

Although the threats of climate change are fairly known for many decades, in August 2021, the Intergovernmental Panel on Climate Change – IPCC’s report “Climate Change 2021: the Physical Science Basis” stated, for the first time, that human-induced climate change is “unequivocal” and is already affecting every region across the globe. Moreover, global warming is not just happening now, but will increase until at least 2050. According to the report, the Paris Agreement’s target (i.e., to hold the increase in the global average temperature to 1.5°C or well below 2°C above pre-industrial levels) will not be achieved “during the 21st century unless deep reductions in CO2 and other greenhouse gas emissions occur in the coming decades”. Therefore, the 2020-30 period is widely regarded as a decisive moment in our history to carry out meaningful actions to lower greenhouse gases emissions and ensure carbon neutrality (i.e., a balance between carbon emission into and removal from the atmosphere) in the second half of this century.

Thus far in Brazil, the private sector’s engagement in the combat of climate change has been mostly voluntary, motivated by market pressures and reputational concerns

Despite the scientific consensus regarding the urgent need of effective measures to tackle global warming, the States’ climate commitments, altogether, fall short of the level of ambition necessary to meet the Paris Agreement’s target. This shortfall is identified in the countries’ Nationally Determined Contributions (NDCs), which basically are self-determined goals voluntarily undertaken by the Paris Agreement’s Parties. In September 2021, the United Nations (UN) released a Syntheses Report on the available NDCs of all 191 signatories to the Paris Agreement, to underpin the discussions about the progress of climate action at the 26th Conference of the Parties (COP26) in Glasgow, Scotland, in November. The UN found that, taken together, the NDCs would lead to an increase of about 16% in global greenhouse gases emissions in 2030, based on the 2010 levels. Unless concrete actions are promptly taken, warns the Report, the global average temperature may rise nearly 2.7°C by 2100.

Therefore, although some NDCs might have shown some progress, greater contributions are still required. Due to this insufficiency of public initiatives, apart from the increase of ambition in the States’ commitments, private companies are being called to act.

When the Paris Agreement was adopted in 2015, there was already an understanding that non-State stakeholders, such as the private sector and financial institutions, would be crucial to mobilize stronger and more ambitious climate action. Ever since, with the increase of public awareness on the climate crisis and the demands by investors and consumers, the race to engage private companies has gained pace. To help them in this endeavour, several initiatives have been offering sound basis for climate-oriented decision making by boards and CEOs, aiming at boosting the transition to a net-zero economy. For example, the Science Based Targets initiative (SBTi) — a partnership between CDP, the UN Global Compact, the World Resources Institute (WRI) and the World Wide Fund for Nature (WWF) — has been guiding companies in the setting of science-based climate targets. In the financial sector, the Task Force on Climate-Related Financial Disclosures (TCFD), established by the Financial Stability Board (FSB), has been providing investors, lenders, and insurance underwriters with guidance to identify, assess, price, and disclose climate-related risks and opportunities.

Private companies must be aware that, sooner than later, as the climate crisis become more evident, they will be compelled to act

In Brazil, private companies’ actions on climate-related matters — some of which aligned with SBTi and TCFD’s guidance — are essentially voluntary. They comprise, for example, the development of climate policies within ESG (Environment, Social and Governance) strategies and the trading of carbon credits in the voluntary market. But the Government is starting to regulate such matters. In this regard, the rules concerning the Brazilian Market for Emissions Reduction have been proposed in the Bill 528/21, and the regulation of ESG practices is already in force in the financial sector.

In September 2021, the National Monetary Council (NMC) and the Brazilian Central Bank (BCB) passed a package of ESG norms binding to financial institutions that operate in Brazil. Amongst other issues, this set of rules govern the banks’ duty (i) to establish Social, Environmental and Climate Responsibility Policies laying down principles and directives to inform their activities and decisions (NMC Resolution 4,945/21), and (ii) to manage and disclose climate-related risks and opportunities connected to their activities, according to TCFD’s recommendations (NMC Resolution 4,943/21, BCB Resolution 139/21, and BCB Normative 153/21). Although these norms are directly applicable to the financial sector, they will have indirect effects on companies that maintain relationships with banks and may encourage other governmental agencies to pass similar rules.

These ESG norms illustrate a growing trend of compelling private actors to assess and manage climate-related risks. Failure to take appropriate measures in this regard will not be tolerated and may be challenged in the Judiciary. The number of judicial disputes involving private companies has been growing worldwide, and, in some cases, courts have acknowledged the corporate responsibility to take ambitious measures to mitigate carbon emissions. For example, in May 2021, the Hague District Court, in the Netherlands, ordered a big oil company to reduce its emissions by 45% by 2030, considering the 2019 levels, across all its activities, including its own emissions and end-use emissions. According to the Court’s ruling, “since 2012 there has been broad international consensus about the need for non-state action, because states cannot tackle the climate issue on their own”. Thus, “private companies (…) may also be required to take drastic measures and make financial sacrifices to limit CO2 emissions to prevent dangerous climate change”.

In Brazil, although some judicial claims have been brought against private companies, there is still no precedent like the Dutch one. Notwithstanding, Brazilian private companies must be aware that, sooner than later, as the climate crisis become more evident, they will be compelled to act.

Partner of Graça Couto, Sequerra, Levitinas, Bicudo, Leal & Abby Advogados. Master in Energy Law at University College London, UK, and in Environmental Law at the George Washington University, USA. Vice-President of the Environment and Sustainability Committee of the British Chamber of Commerce and Industry in Brazil – Britcham.