Bank of Ireland’s Beltran Paredes: ‘We want to be a leader in Spain’

Following the recent opening of an office in the Spanish capital, Bank of Ireland’s Madrid office head Beltran Paredes spoke exclusively to Leaders League about the dramatic increase in transactional activity in Spain in recent years 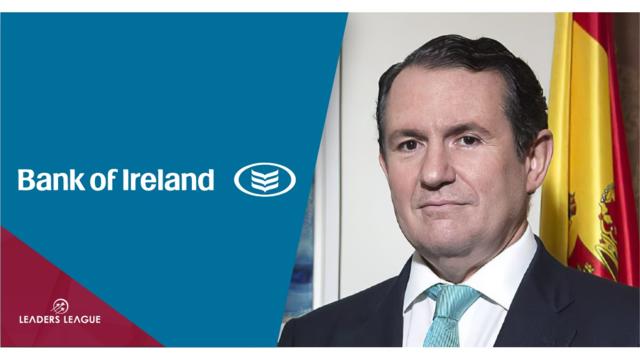 Though the Bank of Ireland has been financing transactions in Spain for 20 years, it was only last month that it took the step of opening the office in the country. The bank announced the launch of its Madrid operation last month as it seeks to capitalize on what office head Beltran Paredes describes as the “fantastic recovery” of the Spanish economy in recent years.

In opening in Madrid, Bank of Ireland is certainly riding a transactional wave in Spain. For example figures from ASCRI [Asociación Española de Capital, Crecimiento e Inversión], the Spanish venture capital and private equity association, show that the volume of investment in Spain during the first nine months of 2019 reached a record level of €5.9 billion in 549 investments. These are encouraging statistics for the Bank of Ireland’s Madrid operation, which will be focusing on supporting domestic and international private equity sponsors with financing in the region.

“There has been a fantastic recovery and a good number of established international sponsors investing in Spanish companies,” says Paredes. He adds: “We have also seen the arrival of direct lenders, which are not regulated to the same degree as banks.” Paredes says that Spanish banks are generally more cautious than other lenders. “Spanish banks have a role, they are active, but they are more prudent than others. Spanish banks will not go above four times EBITDA and they are not great fans of Term Loan Bs (TLBs), though obviously there are some exceptions.”

On the subject of TLBs, among the major Spanish deals Bank of Ireland has been involved in during 2019 was the refinancing of Investcorp’s portfolio business Agromillora, where the bank was the mandated lead arranger (MLA) and the sole TLB arranger. In another major deal of note, Bank of Ireland acted as MLA on EQT’s buyout of global women’s health and reproductive genetic services specialist Igenomix. Bank of Ireland will be hoping to use this experience as a springboard for further success in the Spanish market. Paredes says: “We have to be working very closely with sponsors in transactions as we are seeking to be one of the leading banks in the Spanish arena, but we need the economic cycle to be there.”