Asterion Exceeds €850m Fundraising Target in Under a Year 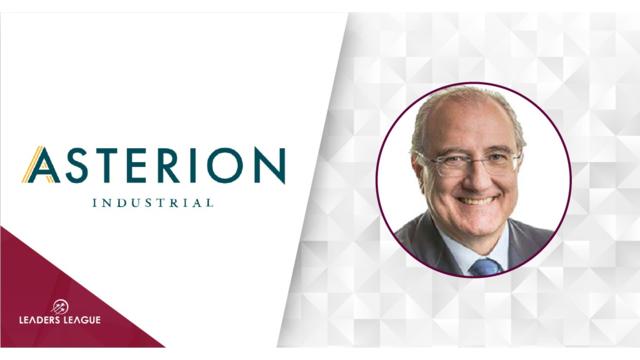 The fund, with a target size of €850 million, was registered with the CNMV (Comisión Nacional del Mercado de Valores – Spain’s market regulator) on 16 November 2018 and reached €901 million in commitments on 31 October 2019.

An Asterion statement said the fund will “remain open for a select number of investors who are currently in the process of completing additional subscriptions”. It added: “These plan to be finalized before year end, when the fund will be fully closed to further commitments”.

Jesús Olmos (pictured), founding partner and CEO of Asterion, said: “We are very honoured to have gained the trust of a very diversified institutional investor base and are thrilled to have exceeded our target within one year, especially with the challenge of being a first-time fund. We are very grateful for the support from all of our investors and are very focused on building long-term active partnerships.”

Asterion Industrial Infra Fund I is one of the largest first-time infrastructure funds ever raised in Europe and also one of the quickest. Investors in the fund include pension funds, sovereign wealth funds, asset managers, insurance companies and endowments from across Europe, North America, Middle East and Asia.

In addition to the €901 million of fund commitments raised to date, the team has generated around €400 million of co-investment for its investors in two of the three transactions closed in the fund so far. Including capital in the fund and through its co-investments, Asterion manages in excess of €1.3 billion.

During its inaugural year, Asterion has completed three investments in line with its three-pronged investment strategy centred on: a focused geographical, sector and mid-market size approach; a strict definition of infrastructure risk, and an “industrial approach and active asset management for critical value creation”.

The first investment completed by the fund was Proxiserve, a French company in the energy services space in which Asterion invested in partnership with Mirova, the French infrastructure fund, in March 2019.

Its second investment in Asterion Energies constitutes a renewables platform that is being built up to participate in the “ongoing energy transition in Europe today”. The platform will be diversified in terms of technologies, geographies and development stages. Asterion has already made initial investments to fund projects in Spain through Iberia Solar and Four Winds, and in France through Prejeance Industrial.

The third investment in the Asterion Industrial Infra Fund I portfolio is a data centres platform, carved out from Spanish telecom incumbent, Telefónica. The acquisition of this platform of 11 data centres with 29 megawatts of power in Spain and Latin America, which has now been rebranded as Nabiax, was closed in July 2019.