The controversial Supreme Court nominee has now been confirmed by the Senate. We look at seven of her rulings and opinions across a range of areas. 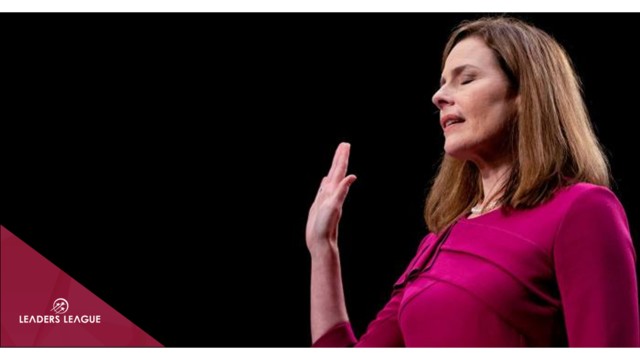 No matter what the outcome of Tuesday’s election, and no matter how vociferously his basic competence as an executive is bemoaned, Donald Trump has achieved more during his four-year tenure as president than many other commanders-in-chief have in two terms.

To some extent that statement depends on how “achieved” is defined. But very few presidents can claim to have selected no fewer than three justices for the Supreme Court bench, their opposition party’s attempts to hustle one of their own preferred justices into the ring having been stymied. Leaving behind a Supreme Court that houses two conservative-leaning judges for every liberal-leaning one is a hell of a legacy. And even if Joe Biden becomes president and decides to pack the Court with more liberal faces, he is unlikely to add more than two justices, leaving the unofficial conservative vs. liberal court score 6-5.

After four days of hearings, the Upper House of the US Congress have confirmed Amy Coney Barrett (ACB) as a new justice of the Supreme Court. The manner of her ushering into the wings has proved highly controversial, largely for reasons outlined in our obituary of Ruth Bader Ginsburg. Almost as controversial are her opinions and dissents in the cases in and before her tenure as a federal appeals court judge in Chicago. We recap seven of the more high-profile ones.

(Note: in each case, Barrett was one of three judges.)

Crux of the case: To break up a prison fight, the guards fired “warning shots” from their shotguns in the general direction of the crowd and ended up actually hitting two inmates. These inmates sued the guards for violating their Eighth Amendment rights – that is, the right to not suffer “excessive bail… excessive fines… or cruel and unusual punishments” at the hands of the government.

Result of the case: District Court judgment in favor of the defendants was overturned.

ACB’s opinion: Dissenting opinion. The guards had to have “intentionally” hit inmates in order to have acted “maliciously and sadistically” enough to be legally liable for shooting the prisoner. Acting with “deliberate indifference” was not enough to convict the defendants.

Crux of the case: US citizen Mohsin Yafai wanted his wife, Zahoor Ahmed, a citizen of Yemen, to live with him in the US. The couple applied for a visa, which was denied by the consul on the grounds that the couple had attempted to smuggle two children into the United States using her children’s identities, despite the parents providing substantial evidence of their children – Yaqub and Khaled – being theirs. No evidence of smuggling was provided to the parents. Yafai and Ahmed filed suit, arguing that the consular officer acted in bad faith by ignoring the evidence that Yaqub and Khaled were their children and had drowned during the visa application.

Result of the case: Thrown out under the principle of consular non-reviewability, which bars the judicial review of visa decisions made by consular officials, except when the constitutional rights of a US citizen are imperiled.

ACB’s opinion: Majority opinion (not unanimous). The original consular decision was “facially legitimate and bona fide”, so there were no grounds for it to be overturned. The Supreme Court has held that a consular officer need only cite a statute under which the application is denied, which the officer did.

Crux of the case: In 2015, Anna Chronis was experiencing pain and bruising after a smear test at a health center. After trying and failing to get through to the health center for a follow-up appointment, Chronis filed a $332 claim with the health center’s grievance committee for expenses incurred by the injury. The committee denied her claim. She tried to get restitution or satisfactory answers from the Centers for Medicare and Medicaid Services (CMS), part of the Department of Health and Human Services – one of the health center’s funders; she ended up being buffeted between various departments and institutions (including a state court), each of which disavowed responsibility. Finally, Chronis sued under the Federal Tort Claims Act.

ACB’s opinion: Majority opinion (not unanimous). Chronis had not correctly exhausted all administrative avenues for restitution. She did not demand a specific sum from the correct agency, so her complaint was dismissed.

Crux of the case: In 2011, prisoner Robert Williams was diagnosed with a left-eye cataract that developed into total blindness in that eye, as well as dizziness, photophobia and acute pain. His doctors recommended cataract extraction surgery, but prison health provider Wexford Health Sources denied him treatment based on its “one good eye” policy. In 2016, a right-eye cataract was diagnosed, with cataract extraction recommended – but Williams still didn’t qualify for treatment. He twice filed a grievance form, ticking a box marked “emergency”; the prison warden twice denied emergency status. Williams then filed a complaint under the 1871 Civil Rights Act.

Result of the case: District Court judgment to dismiss the case was overturned.

ACB’s opinion: Majority opinion (unanimous), but with a caveat: Williams “did not file a standard grievance” after being twice denied emergency status, and therefore did not technically exhaust the administrative remedies available to him – indeed, a prior Supreme Court judgment had found that there were technically “no limits on an inmate’s obligation to exhaust”. ACB concurred with the majority opinion only because the defendant stated that “if the Administrative Review Board had denied Williams’s appeal of his emergency grievance determination without comment, then Williams would have exhausted all of his available administrative remedies”.

Crux of the case: Madison Avenue Associates (MAA) sent Casillas a letter demanding payment of a debt she owed to Harvester Financial Credit Union (HFCU). MAA’s notice neglected to specify that Casillas’s notification or request must be in writing, so Casillas filed a class action to recover a $1,000 statutory penalty for herself and a $5,000 statutory penalty for unnamed class members.

ACB’s opinion: Majority opinion (not unanimous). Madison Avenue Associates was wrong to neglect to mention that it required a notification from Casillas in writing, but Casillas did not allege that she attempted to dispute the debt or verify that HFCU was her creditor. Though the Fair Debt Collection Practices Act holds debt collectors liable for failing to comply with any of its provisions, including the provision to alert debtors that they must respond in writing, Madison’s omission did not actually harm Casillas in any way. A successful plaintiff would have satisfied this “injury-in-fact” requirement.

Crux of the case: In 1993, security guard Shane Carey was shot in Indiana. Soon after the shooting, petitioner-appellant Mack Sims was found walking 20 feet from where the shooting occurred. In court, Carey identified Sims as the shooter; Sims was given a 35-year sentence for attempted murder. 20 years later, during an evidentiary hearing, it transpired that Carey had been hypnotized pre-trial – a fact the prosecution withheld at the time. Sims filed for habeas corpus relief, a plea that was denied by an Indiana district court.

Result of the case: District Court judgment to dismiss the case was overturned, and a writ of habeas corpus granted.

ACB’s opinion: Dissenting opinion. The Indiana district court had appropriately applied federal law, which states that non-disclosure of evidence affecting credibility does not automatically require a new trial. No new evidence had arisen that materially contradicted the original verdict. Carey had given a detailed description of the assailant that matched Sims, even identifying him in multiple pre-hypnosis line-ups.

Crux of the case: In 2014, there had been a drive-by shooting at a school in Chicago. The suspects were three black men driving a grey SUV. Later that day, three black men in a grey sedan, driving past the school, were stopped by police, who allegedly accused the three men of having “cruised around” the school, and who allegedly behaved not without menace. In court, the police could not recall the incident. These three black men were the plaintiffs in the case; their case was dismissed by an Illinois district court.

ACB’s position: Majority opinion (unanimous). The police behaved reasonably when they stopped the men, and were entitled to qualified immunity.