Alexandre Vilgrain (SOMDIAA) “The primary objective? For Africa to feed itself”

SOMDIAA, an organization dedicated to the management and development of the food and agricultural industries, is a French group that has been operating exclusively on the African continent for fifty years. At its head, Alexandre Vilgrain, who took over the reins of the family business in 1995 from his father. He currently manages the production of sugar, flour, animal feed and eggs of the organization's eleven subsidiaries as well as all aspects of their marketing in sub-Saharan Africa. Leaders League got his thoughts on the current state of agriculture in Africa. 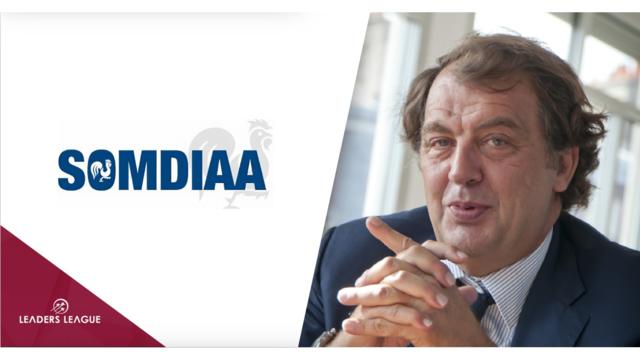 Leaders League. What conclusions have you drawn regarding agriculture on the continent?

Alexandre Vilgrain. The primary goal is for Africa to feed itself. It may be one of the richest continents, agriculturally speaking, with 65% of the world's arable land, but it is still a long way from being optimized. Many commodities are imported rather than locally produced, such as Madagascar rice, simply because states do not organize agricultural development policies. Agriculture should not be seen as a market, but as a real public-health issue. There are problems of land use, quality, ecology, but also currency, with currency-exchange issues ever present. Nevertheless, Africans have very good competitiveness, but food imports reduce the labor supply. The only system that works is that of cooperatives, where we have realized that individuals are able to get organized thanks to, among other things, new technology. These initiatives need to be encouraged to achieve food security.

What are the challenges of agricultural production?

The main challenge that Africa faces is its demographic explosion: from 1.3 billion inhabitants in 2019 to 2.5 billion by 2050, which means many more mouths to feed. This birth-rate must be taken seriously. For the agri-food industry to develop, it is imperative that countries attract investors, promoting freedom of entrepreneurship, which is still much undermined by the legislative and administrative barriers put up by some governments. Farmers in Africa are great; we just have to give them the means to assert themselves economically.

Given what you’ve said, do you think it will be possible to produce responsibly? What guidelines have you set out in your sustainable development policy?

We formalized the group's sustainable development policy in 2013. To implement it, we created CSR positions within all our entities. We set ourselves two objectives in order to continue the establishment of sustainable agriculture and to improve the energy efficiency of industrial units. Originally, SOMDIAA was established in predominantly rural areas, sometimes in the middle of small villages, so we had to to take up this challenge of industrialization without harming the entire surrounding ecosystem.

What changes do you expect to see on the continent by 2040?

I would say that the next ten years are crucial. The future is not yet written and several outcomes could arrive. There is no reason why Africans cannot enjoy successful development. Africa needs to industrialize, but not just any old way. Between them, Ghana and the Côte d’Ivoire account for 60% of the world’s cocoa production, and yet they have never really produced their own chocolate, they are happy just to sell the raw materials. This is a prime example of what I am talking about when I talk about optimization.