$3trn US stimulus plan dead on arrival in Senate

An enormous fiscal stimulus proposal successfully passed through the Democrat-led House of Representatives but has no chance of making it through the Senate. 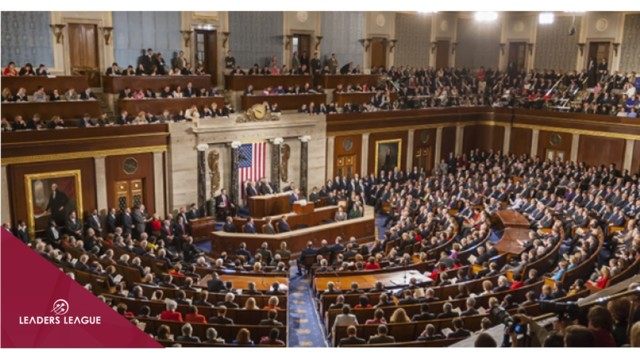 Less than two months after the US’s $2.2 trillion stimulus package, the House of Representatives in the US Congress has passed a bill for a further stimulus of $3 trillion.

The bill passed in the Democrat-dominated chamber by 208 to 199; the one Republican to vote for it was outgoing Representative Peter King of New York, a state that has been hit especially hard by the virus. (Interestingly, King voted against Obama’s American Recovery and Reinvestment Act in 2009, a stimulus that ended up costing $831 million.)

However, 14 Democrats voted against it, and there is almost no way it will pass through the Senate. The Upper House’s Majority Leader Mitch McConnell dismissed it as a “liberal wish list”, and led a chorus of Republican voices arguing for evidence that March’s $2.2 trillion stimulus has actually worked. Naturally, since the stimulus was meant to keep the economy alive rather than giving it an enormous boost, “evidence” of its success will seem thin on the ground for some time; in any case, the terms of its success will be hard-fought between both parties.

The currently proposed bill has most likely been rejected by Republicans because it has little to do, prima facie, with keeping big business afloat – one of the key priorities of the original stimulus. Instead, this bill has more to do with local government and the man on the street than with Wall Street or even Main Street, as well as being fairly healthcare-focused. $200 billion would comprise hazard pay for frontline workers and other key workers; $175 billion would cover rent, mortgage and utility payments for renters and homeowners; and $75 billion would be for boosting testing and contact tracing. Most significantly, $875 billion would be allocated to state and local governments, with $20 billion for tribal governments and a further $20 billion for US territories – an allocation that has been hotly fought by the GOP.

There is also a provision for a second round of $1,200 cheques for everyone earning less than $75,000, with a view to expanding the pool of eligible citizens, such as including those with no social security number – a requirement that has disproportionately affected many poor black Americans.

The Democrats’ bill would have been more likely to succeed if the party had dampened its vaulting ambition: provisions for helping cannabis businesses and allocating money to the Fish and Wildlife Service for tracking animal-borne diseases were always going to be dismissed as non-emergencies. A government better disposed towards the arts and humanities might have looked more kindly upon the proposal of $20 million in grants for the arts and humanities, but since March’s stimulus already included $100 million for the National Endowment for the Humanities and the Kennedy Center for the Performing Arts, the GOP-dominated Senate is unlikely to bankroll the survival of arts institutions any further, no matter how crucial they are to the nation’s culture.

June may well see another stimulus succeed in the Upper House; the Republicans have signalled their openness to this timeframe. But it will likely have to cost far less than $2 trillion for it to have a solid chance of success in Congress.