At the helm of French national-lottery operator, FDJ, since 2014, Stéphane Pallez has managed to transform a stuffy public company into a dynamic online sports-betting operation. 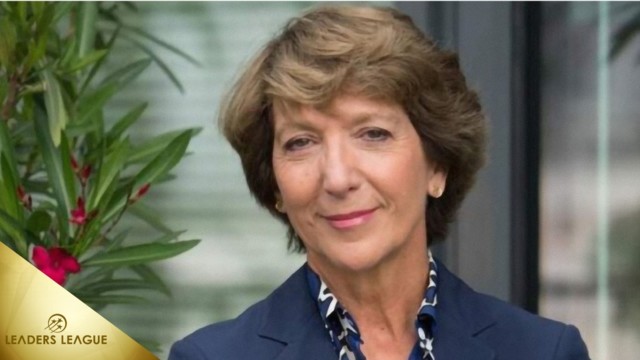 The cliché persists. Technocrats lack the vision, pragmatism and creativity to succeed in the world of business. Yet, despite her background as a senior civil servant, it is impossible to label Stéphane Pallez unimaginative or risk-averse.

Distinguished classmates
Daughter of a financial examiner and herself a graduate of Sciences Po Paris, Stéphane Pallez joined the Louise Michel class at Paris’ prestigious ENA school, where her classmates included the writer François Garde, former French finance minister Pierre Moscovici, and the president of SNCF Guillaume Pepy. After graduating, she joined the treasury department and held a number of positions of responsibility under the Socialist governments, including France’s representative at the World Bank.

In 1998, she was appointed deputy director of State Holdings, which propelled her to the position of conductor of several privatizations, including Alstom and Air France. In 2004, she joined the private sector and became deputy financial director of France Télécom and then CEO of the Caisse centrale de réassurance. Her background and experience was perfect for taking over a company in which the state has a stake.

Since 2010 and the liberalization of the gambling sector, the former national-lottery operator has no longer held a monopoly on betting in France

In 2014, she took up the position of president of FDJ, a company experiencing growing pains. Since 2010 and the liberalization of the gambling sector, the former national-lottery operator has no longer held a monopoly on betting in France. That did not mean that FDJ had to cash in its chips, it just had to devise a strategic plan. And Pallez' strategy was ambitious: "It's not an evolution that FDJ needs, it's a revolution," explained the director who wanted "to bring FDJ into the digital age, whether in terms of the range of gaming options offered or the services provided to the customer."

Winning wager
To implement Pallez' plan, FDJ took on the aspect of a startup. The group spent more than €100 million on the digitalization of its points of sale, proposed new games at a steady pace, developed its sports-betting business, and forged ties with investment funds and start-up incubators in order to master the technologies of tomorrow, such as 5G and AI, that allow for real-time, in-game odds calculation and a multitude of additional betting options.

Gradually, the group has taken on an international dimension. The FDJ Gaming Solutions subsidiary is selling its digital expertise to other national operators. The company now provides a sports-betting service to the Portuguese and Swiss lotteries and supplies point-of-sale terminals in Germany, Sweden, Romania and Canada. Stéphane Pallez was also involved in the company's IPO and in negotiations with the French government, which reduced its stake in the company from 72% to 20% in 2019.

In seven years, this lover of art, Chinese civilization and Shakespeare has left her an indelible mark on FDJ, a group that has grown steadily and now ranks fourth in the world in its sector. On the managerial level, she has gradually changed the governance of the company, which now has a raison d'être beyond keeping the punters coming back for more, and has made no secret of her desire to fight against gender discrimination in the industry. Her 2020-2025 strategic plan should allow Pallez to definitively establish herself as a true captain of industry and, why not, make FDJ a major player in the CAC40.