The IBA annual conference has kicked off in Rome, the capital of Italy. Legal professionals from around the globe have gathered for the week-long event. 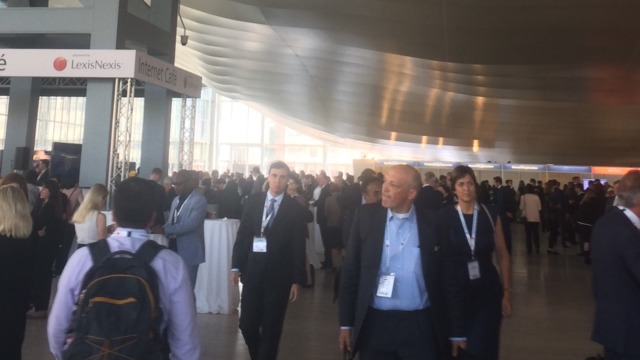 “Rome reconfirms itself as the global epicenter of all legal matters, said Martin Solc, president of the IBA at the start of the conference adding “Rome is the birthplace of the EU, the home of three important UN agencies and the cradle of Roman law.”

The traditional welcome party, held on Sunday night at Villa Aldobrandini in the outskirts of the Italian capital, did not disappoint, and the following morning former prime minister of Italy Romano Prodi gave the opening keynote at the convention center’s main auditorium.

Following former prime minister Prodi’s address, a host conferences got underway across the Rome Convention Center covering a broad range of global legal matters. Among the speakers are the general counsel of Bulgari, an FBI special agent, Microsoft’s legal director and a retired Justice of the Supreme Court of Ghana.

With such an array of high-caliber speakers, rooms are full, as attendees from around the globe take advantage of the networking opportunities this event offers, in the enchanted setting of the Eternal City.