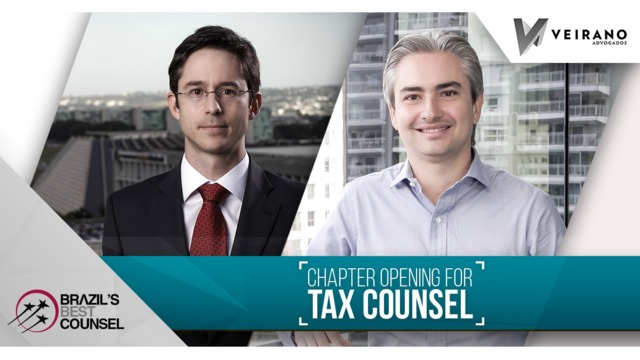 Brazil has come to a crossroads. More than ever, it is time to look ahead and face the countless challenges that prevent the country from achieving its full potential. From a tax perspective, Brazil clearly needs to adopt a simpler and fairer system.

A few measures have been implemented, although results are yet to be seen. For example, Supplementary Law no. 160/2017 has the potential to mitigate the existing tax war between Brazilian states. So far, states have complied with legislation by listing the tax incentives that will remain valid during a transition period, but it is unclear if they will stop granting new and illegal incentives on an individual basis. However, even if this specific law works, much more needs to be done.

The controversy regarding taxation of the digital sector makes clear that the attribution of jurisdiction to tax based on the segregation between goods versus services is complex when products and services are sold in bundles and/or become an entirely different species.

Proposals for tax reform intend to tackle such problems by merging different indirect taxes (Local Services Tax – ISS, Federal Social Security Contributions – PIS/ COFINS, Federal Excise Tax – IPI and the State VAT – ICMS) into one. If feasible - each public entity must remain autonomous and have its own ability to tax under the Constitution - this would surely help but work will be far from over. Tax rates will probably not be uniform and, thus, discussions regarding the character of specific activities will remain.

Moreover, many existing problems derive from the poor choices of lawmakers from both the Executive and Legislative branches and could be solved without constitutional reform.

Rules designed in the 1990s have become extremely unfair such as the Simples and assumed profit (lucro presumido) legislation. Using these rules, many high-income taxpayers manage to pay taxes at low rates. Not to mention the incentive to avoid employment contracts by means of artificial legal entities which benefit from these “simple” regimes.

Technology nowadays – such as electronic invoices and digital tax/accounting books known in Brazil as SPED - allows for a much more efficient control by tax authorities, thus making simple but unfair regimes unjustifiable.

Regarding simplicity and unfairness, Brazil needs to reconsider its transfer pricing, CFC (Controlled Foreign Corporation) and tax substitution rules, among others. The formulary approach to transfer pricing has proven to be either a placebo for taxpayers who can easily meet the artificial margins outlined by the law or chemotherapy for those who cannot. In other words, whilst for most taxpayers the remedy is less effective, for others it may kill.

CFC rules were reformed in 2014, however, income deriving from active businesses in high tax jurisdictions remain automatically taxable, regardless of distribution. No need to say more.

The mechanism which concentrates indirect taxation on importers and manufacturers to facilitate tax audits (tax substitution), widely used for purposes of ICMS and PIS/COFINS taxation, creates many distortions, from a higher taxable basis than actual retail prices to uneven tax burdens depending on the origin and destination of goods.

Another issue which must be dealt with as soon as possible is the fact many indirect taxes are imposed on one another as so many are built into the prices paid by consumers. The Supreme Court ruled that PIS/COFINS must not be superimposed on ICMS. Now taxpayers are also challenging the superimposition of PIS/ COFINS over ISS and the PIS/COFINS built into their own tax basis.

Whilst Brazil does not move towards a more reasonable and efficient model, efficient tax planning will continue to be decisive for locally-based companies to thrive.

Partner Marco Monteiro has developed a practice geared towards tax planning and consulting, as well as tax litigation. He has extensive experience assisting Brazilian and international clients in connection with mergers and acquisitions, corporate reorganizations, cross-border transactions, debt and equity securities, imports/exports and routine tax issues. He frequently represents clients in both tax issues related to foreign investment in Brazil and Brazilian investment abroad.

Marcelo Reinecken is the managing partner of the firm´s Brasília office. He primarily focuses on tax and customs litigation and has successfully represented several of the firm’s clients before the Brazilian Supreme Court, the Superior Court of Justice and the Administrative Council of Tax Appeals (CARF). He advises large Brazilian and international corporations from a variety of sectors on litigation strategies for cases before all levels of the judiciary and administrative courts. Clients also retain Reinecken for tax consultancy on customs issues such as import proceedings and the tax classification of imported goods.